“Tom Clancy’s The Division” is easily one of the most hyped games in recent months, and while its initial test seemed to go over more or less well, the actual launch of the game wasn’t that smooth and players faced many issues trying to get their campaigns started. Ubisoft’s servers were overwhelmed by the influx of players and the company had trouble restoring order, which led to many players being unable to do anything, even log in.

And for those who could actually join, the situation wasn’t really much better. The game starts by requiring the player to perform a series of events, one of which is to access a computer terminal which triggers the rest of the introduction. However, the terminal was apparently tied to Ubisoft’s servers, which were quickly stormed by a large number of players trying to start their own missions.

The result was that nobody could actually access the computer, as it wasn’t able to create its connection successfully, and players ended up forming large groups around the single terminal, everyone trying to click it unsuccessfully. At the same time, some players decided to exploit the situation to cause grief for others, intentionally blocking players from getting close to the computer. The frustration of many players grew as they stayed locked out of the remainder of the game.

On some servers however, players reported seeing something different. Lines of gamers were forming behind the terminal in an orderly fashion, allowing each player to calmly walk up to it, activate it and then leave the room to follow the rest of the mission. Screenshots of these servers quickly flooded gaming forums, with many players expressing their surprise. Gamers are generally not known for being orderly or patient when not explicitly controlled, and seeing everyone on those servers playing along and cooperating was certainly a refreshing sight for many.

Those who’ve been able to spend some time with the game had mixed, but mostly positive responses from it. The gameplay more or less follows what we saw in the beta, according to reports, although there has been some obvious polishing and bug fixing all over the place. Cheating doesn’t seem to be an issue any longer, at least not to the extent revealed in the beta which lacked any protection against malicious players.

The balance of the title remains the subject of serious arguments, and players seem quite divided about the situation in general. Some seem to believe that Ubisoft have developed the game quite nicely in this regard, giving players a lot of freedom in their actions but also constraining them where necessary. Others are not that satisfied with the title’s balance, claiming that it gives too much power to players who approach it in a certain way, and the “rogue” aspect of it has especially been the subject of some heated discussions. Some enjoy it a lot, others are disappointed with the overall implementation. 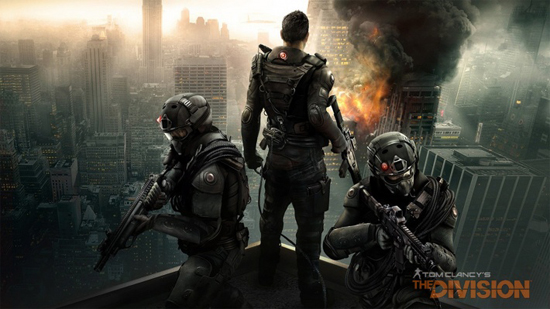 The problem, according to the latter camp, is that there is not much penalty to those who are faking their status and trying to provoke players into attacking them, and this has been constantly brought up since the launch of the beta. Ubisoft are reportedly looking into the issue, but knowing the studio, they might not be so quick to address it with their initial patches. They may even want to wait a little longer and see how things play out, and how players adapt to the situation on their own.