Game developer Bethesda Softworks is likely to make amends to the fans of the upcoming role-playing game “The Elder Scrolls 6.” After the company did not disclose anything at all about the game during the Electronic Entertainment Expo (E3) 2015 held last month, Bethesda plans to make up for it big time.

Apparently, Bethesda was still deep in the development of the highly-anticipated video game to ensure that its quality will be superb and excellent that is why it was not able to reveal anything at all about the game during E3 2015.

That’s aside from the fact that “Fallout 4” and other notable games in the Bethesda stable including “Dishonored 2,” “The Evil Within,” “Doom” and even the puzzle game “Battlecry” took center stage as the key product offerings of the game developer rolling out to gaming consoles and the PC this year.

Now that Bethesda has cleared its stable of some of its signature video games, it is likely that “The Elder Scrolls 6” will become its biggest role-playing game next year.

While the company has yet to confirm the release date of its next role-playing game, the Latinos Post is actually basing its assumption of a 2016 launch on the timeline of the last two “The Elder Scrolls” video games.

While there have been previous reports that the official title of “The Elder Scrolls 6” will be “Argonia,” recent initiatives of the game developer to register and trademarked the name “Redguard” has added to the confusion among gamers, reports Crossmap.

Now, some are saying that it would be “Argonia” while others are quite positive that Bethesda would call the next game as “Redguard.”

Although “Argonia” has the clear head start over “Redguard” as the main title of the next “The Elder Scrolls” game, the reasoning behind the latter seems quite convincing.

Accordingly, Bethesda has already trademarked “Redguard” from way back in 2011 and that it is an active and continuously renewed trademark of “The Elder Scrolls” franchise. All the other game trademarks including “Arena,” “Daggerfall,” and “Battlespire” are already inactive.

“Redguard” is the only “The Elder Scrolls” trademark that is not yet dead or not being used in a released game. Bethesda did the same too for “Skyrim” before its release in 2011.

Pete Hines, vice president of Bethesda Softworks, says he fully understands why fans of “The Elder Scrolls 6” were a bit slighted when the developer did not mention anything about the game during E3 2015.

He said that he knows why some fans and gamers are eagerly anticipating the “Skyrim” successor because they are aware that another game publisher has announced that it would be releasing “Skyrim 2” within a year or two.

Hines said that they are not pressured at all by the huge fan clamor because they are working really hard to ensure the quality of “The Elder Scrolls 6,” adding that Bethesda develops and publishes to quality rather than to scale so fans and gamers should manage their expectations.

Just like “Fallout 4,” they would surely be impressed and say the wait is well worth it when “The Elder Scrolls 6” is finally released. The Bethesda official was asked whether “The Elder Scrolls 6” will finally be out by E3 2016, but Hines was still non-committal, refusing to make any pronouncement as to the timetable for the widely-anticipated role-playing game. 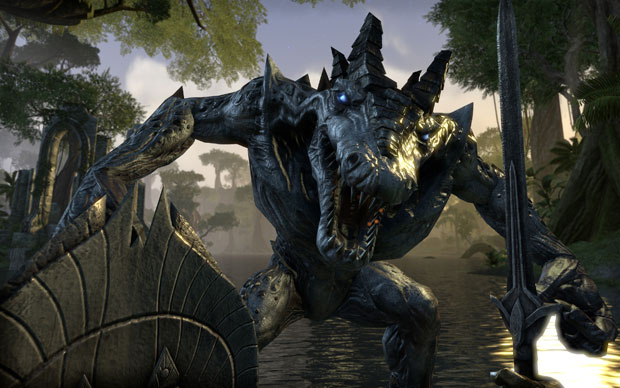 But before the false reports came out, generated most likely by the intelligent and anxious fans of “The Elder Scrolls 6,” many were already convinced that Bethesda Softworks will not be launching anything at all about their favorite video game at its pre-E3 2015 event.