It’s not like “19 Kids and Counting” has had a shortage of scandals surrounding it, now a new one has emerged, and it looks like the show is going to have an even more difficult time in the media soon. Just now, the show’s name has appeared in the media again in the context of a lawsuit against of a sexual kind, and it doesn’t look like the people involved will be able to catch a break anytime soon.

A few months ago, the show was taken off the air after a scandal surfaced related to Josh Duggar’s sexual molestation, and the network had no comments about when the show will be back – if ever. It’s entirely possible that it was cancelled for good after what happened, but information about the situation has been very scarce and we can’t be sure at the moment.

In any case, now we’re hearing that Terry Jordan has also had a lawsuit filed against him, again for sex-related offenses, and Amy Duggar’s father is going to have some explaining to do. It’s worth noting that the lawsuit isn’t even new, it was filed in the early 1990s, and it may not be quite as scandalous as the one related to Josh Duggar, it’s still worrying to a large extent.

According to the newly discovered lawsuit, Terry Jordan has been accused of having unprotected sex and spreading the herpes virus to a woman back in 1991. The lawsuit claims that he knew about his STD but didn’t inform his partner, and he willfully engaged in sexual intercourse with her despite his condition.

The woman on the other side of the lawsuit claimed that she suffered major herpes outbreaks after having sex with Jordan, and this has been severely distressing for her emotionally. We don’t know what happened afterwards, but the lawsuit was at one point dismissed. However, this didn’t put an end to Terry’s problems, as he later had a restraining order filed against him, after he threatened to kill his current wife, Deanna Duggar, as well as their daughter Amy.

Terry Jordan isn’t one of the main cast members of the show, but he has made multiple appearances already. His jobs have involved working at a plastic recycling plant in Arkansas, and he is also known for his work in painting, which often features inspirational Bible verses. One of those pieces actually hangs in the Duggars’ home.

He has previously said that he is inspired by the Duggar family, and he has full support and love for them. All in all, he has been very positive towards the family and their involvement in his life, and he often has good things to say about the people around him in general. It would be hard to imagine him in a more sinister light, but then again, that could be said for many people who turn out less than flawless.

The recently revealed lawsuit reignited interest in the family’s legal troubles, and fans have once again started discussing the situation and the implications for the future of the family members. Right now, many are wondering if this will be the last lawsuit to come to the surface, or if we’re going to find out about even more peculiar incidents in the history of the family. 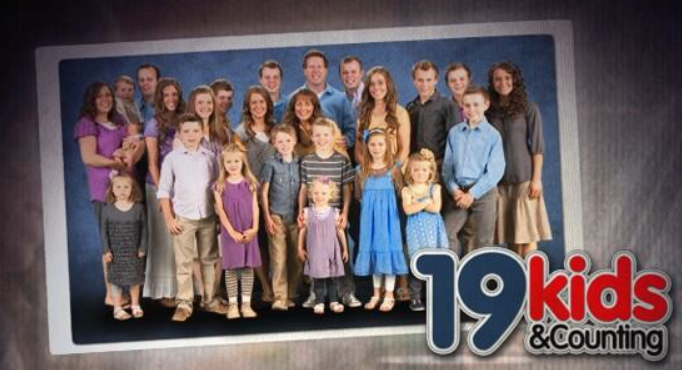 Judging by the current trends, we wouldn’t be surprised if we saw even more in the news over the next few months. And that could cause some problems for the producers of the show if they want to bring it back on air.