Pop singer Katy Perry ensured that her Fourth of July celebration had plenty of fireworks. She was seen during an Independence Day concert in Chicago with her on again, off again, singer-boyfriend John Mayer.

Katy previously said that it would be impossible for her to reunite again with John Mayer because he has not changed one bit. But it seems that the “Firework” singer still can’t seem to say no when the “You’re Body is a Wonderland” singer starts showing off his charms.

The two appeared to have rekindled their romance for the umpteenth time as they were seen in Chicago on the night of July 4, looking very much in love with one another, reports the International Business Times.

The music couple was seen at the Grateful Dead concert and Perry was seen hugging Mayer during the most parts of the event. They were both dressed in casual attire. Mayer was wearing denim jeans and a blue shirt while Perry looked quite chic in a gray sweater with a blue bandana around her neck.

The celebrity pair broke up again in March this year and despite pronouncements that it would be quite far off that they would reunite again, they were often seen together a number of times after they split.

They were spotted at the Disneyland Resort in Anaheim, California in May and enjoyed their stay in the park until midnight. The previous month, they were also seen having a meal at Ysabel, a popular restaurant in Los Angeles.

Accordingly, despite their split, the couple has never stopped talking and being friendly with one another and thus it was so easy for them to get back together again if and when they both decide and agree on it.

In addition to Katy Perry and John Mayer, there were a number of celebrities who attended the Grateful Dead concert including Andy Cohen, Bill Watson, Al Franken, among others. The concert was the last for the band’s series of their 50th-anniversary concerts.

The memory of Katy Perry’s superb halftime performance at the Super Bowl 2015 on February 1 seems still fresh on the minds of many that the singer took advantage of it by launching a new creation to further remind fans of the great show.

The “Roar” singer posted on her Twitter account a newly-designed left shark phone case on July 7, which she unveiled during the recent celebration of the Discovery Channel TV Shark Week.

The creation is set to be released to the public as part of the singer’s ongoing collaboration with Claire’s, a famous accessories brand, notes the Daily Mail.

Last month, in a break from her ongoing Prismatic World Tour, Katy Perry also found time to go to Florence, Italy to join the designer house’s show of the Italian fashion brand Moschino as the pop singer was officially unveiled as its new image model.

The 30-year-old “Unconditionally” singer attended Moschino’s 88 Pitti Uomo fashion event on June 18 at Florence wearing a black and white branded T-shirt dress in vivid black and white with Moschino written all over it. She also accessorized with a show inspired handbag and a novelty earrings.

Completing her overall look are fishnet stockings to go with her pair of studded platform shoes. Katy noticeably had heavy make-up on while wearing a do patterned after Amy Winehouse.

She was also photographed getting into the swing of things in the event including downing a tall glass of red wine and seemed to be enjoying herself in the company of Moschino officials and other guests. 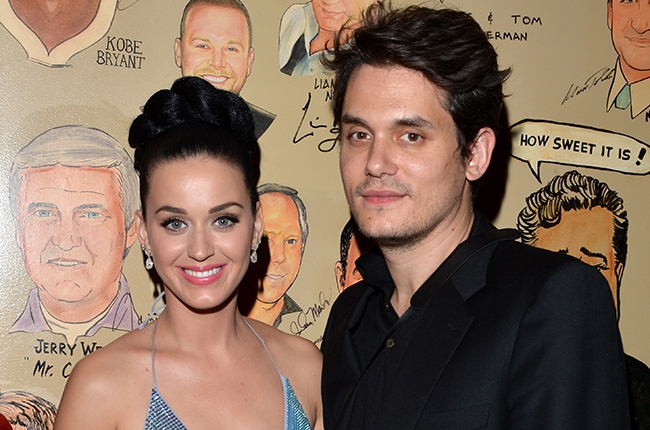 The Moschino event was actually meant to showcase the brand’s men collection, but the singer did her best to show the male models in an outfit that raised the phrase ‘on-brand’ to a whole new level.

The “Firework” singer certainly knows how to take her appointment as the new ambassador of the Moschino brand seriously so she really dressed the part.