While it’s been rumored for a while that “The Elder Scrolls 6” might get announced soon, those rumors have recently started to fade away and at this point, it’s pretty much confirmed that we aren’t going to get a sequel to the big franchise in the near future – much to the disappointment of thousands of fans. Of course, that’s not so surprising in the end, as Bethesda obviously have a lot on their plate right now and the studio obviously can’t divide their attention between an infinite number of projects.

They’re currently quite busy on something else that fans have wanted to see for a long time now – “Fallout 4” – and they’re also reportedly working on “Dishonored 2”, another highly anticipated sequel that’s been the subject of much speculation recently. With that in mind, it’s pretty reasonable to expect that the studio isn’t able to dedicate any of their resources to the next “Elder Scrolls” game, and fans are going to have to wait a little longer before news of that start coming out.

It’s probably for the better, too – a game like “The Elder Scrolls” obviously needs a lot of attention in its development and Bethesda are going to have to put a lot of effort into polishing the game properly, something which they can’t do if they have so many projects going on at the same time. Even if they were able to fit the next “TES” game inside their tightly packed schedule, this would probably end up being detrimental to the quality of all of their future games, “Fallout 4” included.

What can we expect to see from the next “Elder Scrolls” when it does get announced though? It’s probably too early to make predictions about that, and we’d be surprised if the game exists in anything more than a planning stage right now, but we have no idea what’s going on behind Bethesda’s doors. There have been lots of rumors about potential new developments in the title, but considering that those rumors were older and the most recently announced news about the game was that it was not in development, it’s probably safe to disregard all of those speculations.

Fans seem pretty united in what they want to see from the game though – more polish and stability. This is a problem that’s been plaguing Bethesda’s games from pretty much day one, as the studio has the habit of releasing massive open-world games but they don’t have the resources necessary to properly test an environment like that, leading to lots of technical issues down the road.

And while the community is usually always up for the job of polishing what Bethesda have missed and fixing all problems of their games through modding, this trend might not be able to go on for much longer if the studio doesn’t start paying some serious attention to the post-production polish of their titles. Plus, the modding scene might change in the future too. 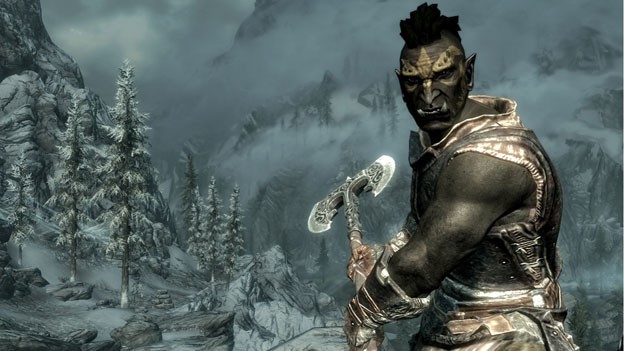 They already tried introducing a new system recently with the help of Valve, aiming to help mod authors monetize their work. However, the system was introduced in a very poor fashion, without much planning, and faced a lot of backlash from all sides, with people claiming that they had lost hope in both studios. This resulted in a lot of skepticism regarding the next “Elder Scrolls” game as well, as people weren’t sure what they can expect from a sequel to “Skyrim” now.