The California-based company Roku is very popular for its line of media streaming boxes that are several notches in terms of popularity and sales to Google’s Chromecast and the Apple TV.

Although there are reports that the company is about to roll out the Roku 4 anytime soon, much of its previous streaming devices are still being widely used by its satisfied users including the Roku Streaming Stick, the Roku 1, the Roku 2, and the Roku 3.

The price variations also ranges from as low as $40 for the Roku Streaming Stick to $100 for the Roku 3, a price which many considers quite affordable compared to its competitors in the market today, notes How-to Geek.

As the company simply does not want to rest on its laurels, it continues to upgrade each streaming device to ensure their relevance, functionality and usability. With the upgrades on each device however, the Roku 2 and the Roku 3 have practically become the same internally. The major differences are the type of remote control the streaming devices have and of course their respective prices.

The Roku 3 previously had faster hardware inside than its predecessor but it no longer applies at the moment. The only difference is the remote control and Roku made it even juicier by adding a voice search to it.

The Roku 3 remote control also has a built-in headphone jack, which enables users to easily connect headphones to it and watch TV without disturbing other people. The voice search also enables the user to press a button and speak to the remote to search for something to watch. It also offers motion control features which can be used during games. But Roku games are not that popular yet so the motion control features appears to be a yet-to-be-fully-explored feature.

While the headphones jack and voice search on the Roku 3 are useful, users actually have the option to connect headphones to their TV in other ways and just use Roku’s official smartphone app to perform voice searches on their TV.

Roku 3 is officially the top-selling media streaming device in 2014. Despite tough and serious competition posed by Apple, Amazon, and Google, Roku did not just manage to hold its own against the big boys in the tech industry but also pulled off an upset win. 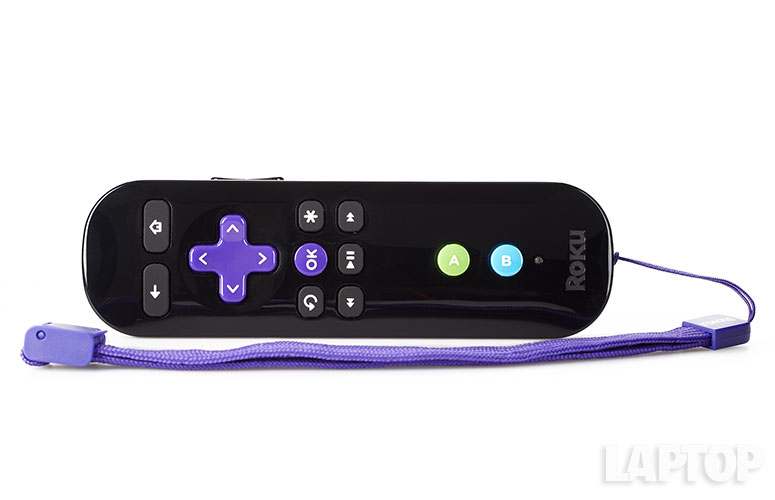 Well, it’s technically not an upset win since Roku has been lording it over the media streaming device market for quite some time. The California-based tech company just managed to hold its lead despite serious threats from the big names of the business.