The 2016 iteration of the Subaru WRX is practically the same as its 2015 model, save for the addition of new infotainment features that mostly pushed the price of the vehicle a few notches higher.

Most sedans would like to have that sporty look to impress buyers because having that distinct sports aura immediately gives off the thought the car drives fast like a sports car.

The 2016 Subaru WRX, just like its predecessor was, is the opposite. It does not have much of the trimmings of the typical sports cars because it looks like the average sedan. But when it drives, it drives really fast, comparable in fact to the other sports cars above its class.

It’s a sports car that has the muscle under the hood to prove it. The sedan appearance also means that the 2016 Subaru WRX exude the typical driving and riding comfort quality as well as safety features, aspects where the vehicle has also been given by experts a very high rating.

All models of the 2016 Subaru WRX runs on symmetrical all-wheel drive that have become standard in all Subaru vehicles making it a blast to drive.

Its engine is outfitted with a twin-scroll turbocharger and intercooler as well as direct injection. Maximum engine power is at 268 horsepower while maximum torque is 258 pound-feet delivered when the vehicle revs up from 2,000 to 5,200 rpm. 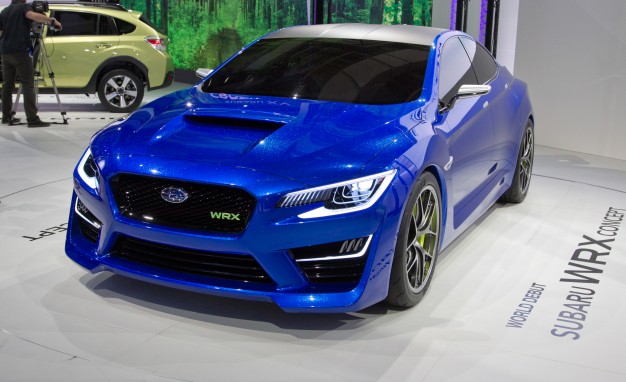 Subaru takes safety of the passengers of its vehicles very seriously. It has made sure that the 2016 Subaru WRX exhibits the company’s commitment towards that end with its superb safety features to go with the vehicle’s Boxer engine and its symmetrical all-wheel drive.