Fans are now convinced that Brendan Robinson’s Lucas Gottesman is behind the faceless Uber A tormenting the girls of Rosewood.

Avid fans of the show are known for creating theories on the real identity of Uber A and most of them believe that Lucas’ reappearance in Season 6 might be shadier than what it seems.

Lucas has had a strong presence during the show’s first two seasons, being a good friend to Hanna. However, in the next few seasons, he left Rosewood and just comes back from time to time.

However, during the second half of Season 6, Lucas reappeared and he is now a successful businessman thanks to the development of online game apps.

Just like Caleb and Mona, Lucas was also a computer genius, a trait that Uber A also possesses. He also lets Hanna stay in his apartment and offers her a job in New York to work for his company.

Fans have somehow made the connection to Lucas’ perfect timing to return just when Cece was revealed to be Charlotte and A. He also returned just a few episodes after Charlotte’s death.

For the agenda behind being Uber A, fans dug up evidence dating back to the pilot season until Season 5. They say that Lucas was bullied by Ali in high school and this has marred him since.

Back in Season 1, he was revealed to be the one who wrecked Ali’s tombstone. And while he kept a close distance to the girls, with Hanna especially, until the third season, he was mysteriously gone for the whole duration of Season 4.

Fans noted that Season 4 was the aftermath of Mona’s reveal as A and also the time when Big A started appearing and hoarding an army against the Liars. It also marked the return of Ali in Rosewood.

Lucas then mysteriously appears in Season 5, in which he is hinted to have been working with Mona. His last appearance in Season 5 was during the Christmas special when he dressed up as Santa and lured in the girls.

Fans noted that in Season 6B, Lucas returned as if he was aware of everything, even offering Hanna his loft for her to stay because he knew it wasn’t safe out there. Lucas will most likely to be back for the second half of the final season, Hollywood Life reports.

Fans also noted that Lucas was somewhat mentally unstable as a particular episode in Season 3 saw him in a psychotic breakdown after receiving a letter from his parents.

Other rumors point that one of the Liars is Uber A. Lucy Hale, who plays Aria, acknowledged the theory in one of her interviews and said that nothing is impossible in their show.

Showrunner Marlene King promised fans that they will finally know the identity of Uber A. Ashley Benson, who plays Hanna, confirmed that the faceless tormentor will be revealed in the series finale. 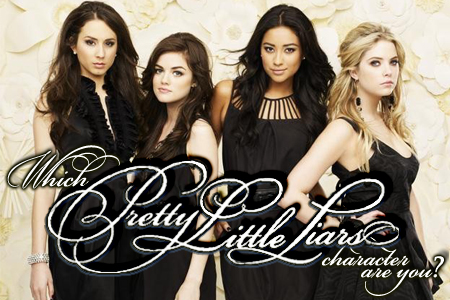 Benson says that every cast member already had the idea who Uber A was before they shot the finale. She personally fit the pieces together and asked around to confirm if her guess was right.

The show is set to air its final 10 episodes starting April 18 and executive producer Marlene King promised fans that all burning questions will be answered at the close of “Pretty Little Liars.”

Speaking during last year’s Television Critics Association press tour in California, King shares that the last 10 episodes of the TV series are the most intense episodes they have done during the series run.