A lot is apparently lined up for fans of “Once Upon a Time”, although it won’t all be in a positive light, judging by the latest reports. Recent teasers seem to imply that some challenging moments are coming up for certain characters, so the next episodes might be full of tension and uncertainty.

On the other hand, we might see the return of at least one old character, namely King George. It’s been a while since we last saw him, and many seem to believe that his return is indicative of even more trouble up ahead. Especially when it comes to Snow White, and it wouldn’t be surprising to see the story focused on his influence on other characters.

There were also some teasers that seemed to indicate that the presence of King George in the story will actually have some much more serious implications than it seems at first, and his interaction with other characters won’t only affect the future of the show.

In other words, we could see certain events from the past portrayed in a new light, and the showrunners might use the presence of King George in the story to reveal some additional details about things we’ve already seen.

What exactly those could be is up for interpretation, and of course we don’t expect the producers to spoil the major surprise for their fans, so we’ll have to wait and see. But considering that King George has been in the show since season 1, there are definitely lots of interesting opportunities for the writers to incorporate him into the story and use him to reveal certain things.

This could potentially be a controversial move among some fans of the show, judging by responses online. “Once Upon a Time” already suffers from some issues with its writing, and fans have been somewhat displeased with the general direction of the show for the past couple of seasons, and this kind of development might serve to agitate them even more.

The problem, from what we could tell, is that it would be seen as a bit of a cheesy move from the writers, and the fans would prefer them to explore the story in a more interesting way, moving the plot forward. Of course, we shouldn’t forget that King George will have implications on the future of the story as much as he will on the past, so it’s probably a good idea to avoid rushing to conclusions about his place in the plot.

Meanwhile, another promo for the current season showed the Evil Queen plotting yet again. It looks like she’s truly convinced of her chances to succeed this time though, so this could have some worrying implications for Snow White.

She already has King George looming on the horizon and she’ll have to deal with him on one hand, but the Queen “offering” some additional interference definitely doesn’t sound like a good thing. It was implied that Snow White will face some challenging moments in the coming episodes, and it really does look like the writers are planning to put her through some tests. 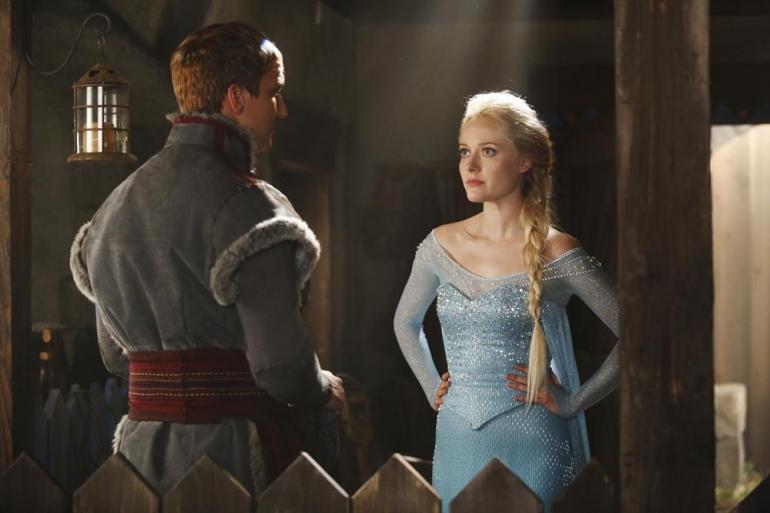 Emma Swan will play a major role in the next episodes too, as she will work together with Captain Hook to save Storybrooke from its new threat. The writers have come up with a somewhat convoluted story regarding a unique magical sapling that is the key to saving the town, but at this point their fans have more or less come to expect this style of writing from them.