A few months ago, it was rumored that the Microsoft Surface Pro 4 would be released on July 29 in time for the official launching of the Windows 10. That would have been a perfect rolling out party for the latest laptop tablet hybrid from the Redmondian company, especially if the device comes out with Windows 10 already on board.

Then a few weeks back, there were reports that the launching of the Surface Pro 4 would be pushed back to next year as the 256GB solid state drive (SSD) that the device would be using have yet to be mass produced by Samsung Electronics, which shall be supplying the particular component.

Now it turns out that Samsung Electronics has no problem shipping out orders for the 256GB SSDs as required by Microsoft, so it seems that the official launching of the Surface Pro 4 is now set.

Accordingly, the laptop tablet hybrid will be launched this coming October and will be subsequently made available to retail markets thereafter, reports IT Pro of UK.

The October unveiling of Microsoft will actually coincide with Apple’s launching of its latest iPad lines including the rumored iPad Pro which has been touted to rival the Surface Pro 4.

It may have been a strategy of Microsoft all along so as to give consumers a choice between the two tablets when both are released to the retail markets in October.

Previous information on the Surface Pro 4 indicate that the hybrid laptop tablet will sport the same ultra-thin form factor, bezel, and screen size as its predecessor, the Surface Pro 3.

It will also be thinner and lighter and will be powered by Intel’s new Skylake processor and shall have improved battery power. It is also expected that the device will come out of the box already with the Windows 10 on it which would be an immediate plus factor.

There are also reports that the Surface Pro 4 will feature a new camera as well as an improved stylus following the acquisition by Microsoft of N-Trig, the company that manufactures styli.

According to Tech News Today, the Microsoft Surface Pro 4 could actually be the company’s biggest hit as far as the Surface devices go or it might also be a disappointment like the Windows 8.1

The Surface Pro 4 could become an instant hit with the masses if Microsoft would offer the keyboard for free or bundling into the device the Surface pen. Other than that, the company needs to rethink its premium pricing, particularly on the device accessories because it would surely turn off potential buyers.

It is possible that Microsoft might eventually ax its Surface line consistent with the decision of the new company boss to adopt the ‘One Microsoft’ approach.

Satya Nadella recently took over the leadership of the American software and technology company as its new CEO from Steve Balmer. The new CEO specifically wrote a letter addressed to Microsoft employees detailing his plans for the fiscal year 2016.

Nadella mentioned that the company has to innovate in new areas, execute against its own plans, and make some tough choices in areas where things are not working, and solving difficult problems in ways that drive customer values. 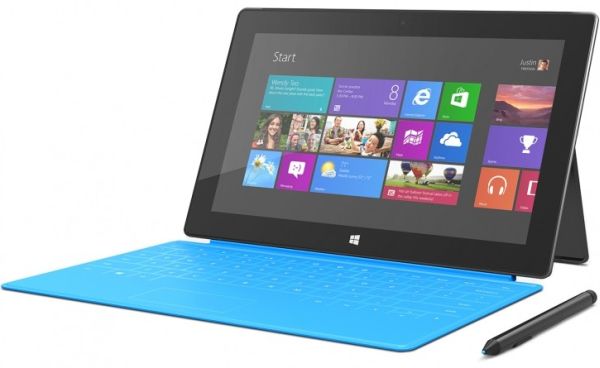 While the new Microsoft CEO did not exactly say or explicitly stated that the company is discontinuing its Surface line, the fact remains that it is one of the two product areas that is not doing good for Microsoft, with the other being the Windows Phone.