The horror game show which rose to recognition after being launched on October 21, 2015 has released its second installation and the fans are excited. After a very successful first season of the show the expectations have reached the peak and we definitely hope the makers don’t let the fans down.

The Soska sisters who are the face behind the horror game show were interviewed recently and have left some hints and clues about the second season of the show. They were asked several questions regarding the changes and the additions to the new season and even about their future plans.

When asked about what are the new changes in this season, they mentioned that little to everything is going to be a changed and better version of the first installation. They compared the same American Horror Story saying that the cast is same with a little spiced up things this season.

They further hinted that the Labyrinth that was seen in the first season is replaced with the Inferno in the second season. And not just that, the second season of the show is going to portray the seven deadly sins committed in life. Yet another striking change is that the teams will consist of four players instead of three in this season.

The level of competition is going to abruptly rise in this season and the Soski sister definitely insinuated that. They said that if a person cries, panics or even urinates themselves, it’s better to leave them on the cutting room floor. After all, everyone knew what they were getting themselves in.

The first episode of the second season witnessed four unemployed teenagers testing out their boundaries and courage on the set for $50,000. The theme of the show has remained the same with the same elevator and the different levels of nerve wracking challenges.

The goal of the game circles around each player on the team completing the tasks in each level before they return to the elevator in the scheduled time. The hosts of the show are the ones who keep on distracting the players from achieving their goals.

While the players remain in contact sync with each teammate and take help from each other in completing the levels, the tasks have become harder this season. The special themed season with the “seven deadly sins” is something that every viewer is waiting to witness. 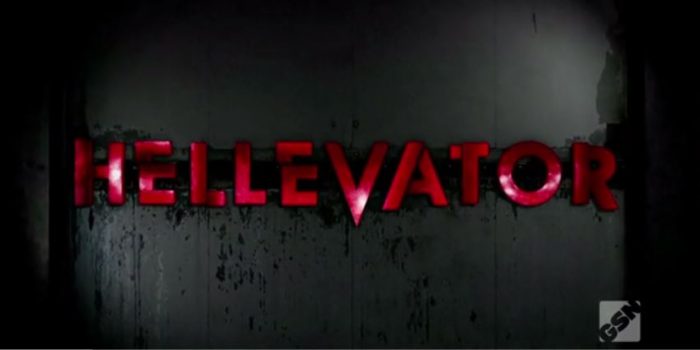 The second season is a four week event and has been all planned is set to be released for the entertainment of the viewers. The motto of the game show stands the same, enter the slaughter house through the elevator, complete each level and just come out of the house safe and sound to claim the prize money.

The wrath of the horror game show doesn’t end there. The “Twisted Twins” of the horror films, Jen Soska and Sylvia Soska keep distracting the players, tormenting them and not letting them reach their goal. The game setting is so genuine and real that at some point the players end up forgetting that it’s just a game show and not real life.