Another celebrity death hoax has hit the internet. A fake news site has reported that the 87-year-old actor, Clint Eastwood, died due to a heart attack. According to the website, a call was sent to 911 reporting an “unresponsive male” at Eastwood’s home.

However, the actor celebrated his birthday three weeks ago and is alive and well.

The fake site, CNN-Global News, also wrongly spelled Los Angeles as “Las Angeles” while reporting the apparent incident. The article also showed a number of tweets by celebrities reacting to the actor’s death.

One of the fake celebrity tweets came from Tom Hanks, which stated, “I am lost for words. Some people you just assume with be with you forever. #ClintEastwood.”

Another fake tweet came from Leonardo DiCaprio where he said, “The world just lost a remarkable savant. I will miss our all night conversations, sipping whiskey and smoking cigars until the sun came up.”

The tweets have been fabricated and changed to spread the rumors of his death and shock the internet.

Besides, this is not the first time Eastwood has been a part of an internet death hoax. He was also reported to have died in early May of this year.

The last hoax came from a fake news site called The Last Line of Defense. It claimed that Eastwood’s death was confirmed by the “Orange County Sheriff” after they found his lifeless body in his Brentwood home. The report also said, “The coroner reports that it appears Eastwood died of natural causes. There is no word yet on funeral arrangements.” 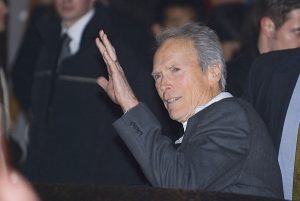 o directed, produced, and acted in critically acclaimed films like Million Dollar Baby (2004) and Gran Torino (2008). He is also producing an upcoming 2018 film called A Star Is Born.