Alongside sex tape claims, you’re no-one in Hollywood until you’ve been hit by a fake death rumour.

Everyone from Jack Black to Britney Spears have had false of their deaths circulated on social media – only for it to turn out to be a cruel prank.

Here are just some of the stars, who have fallen victim to death hoaxes:

The Tenacious D star’s death was announced in a post on the band’s official Twitter account last year, but it turned out to be the work of a hacker.

Several messages confirming Jack had passed away appeared on the account throwing fans into a state of shock.

The initial tweet, posted in June 2016 read: “I’m sad to officially announce the death of Jack Black at the age of 46, rest in peace brother”

however hours later the hacker admitted it had all been a prank, tweeting:  “Calm down guys! It’s just a prank bro, look there’s the camera…”

Last year’s death hoax claiming Will Smith’s son had died was one of the most disturbing, after a video claiming to show the actor’s suicide was uploaded to Facebook.

The fake video, in which ‘Jaden’ says goodbye to his famous dad before appearing to kill himself, soon went viral on social media as fans reacted in horror to the upsetting images.

It was the second time Jaden has been a victim of a death hoax after reports claimed he had died four years ago.

Another after added: “britney spears is dead by accident! we will tell you more soon.” (sic)

From the casual tone of the message, most tweeters were pretty sceptical of the story and it didn’t take long for her rep to confirm she was “alive and well” to CNN.

Home Alone star Macaulay Culkin had fun with his death rumours in 2014 after a Facebook tribute page began circulating the claim he had died.

Taking to Twitter the child star posted a picture where he and his Pizza Underground bandmates re-created a scene from Weekend At Bernie’s where two of the characters try to convince their boss their co-worker is dead.

He carried on the joke on Instagram where he posted a photo of the band performing alongside the hashtag #ImAlive.

The fake story, which claimed to be from Fox News, was circulated as a message on Facebook by vile trolls and stated that Brad “shot himself in the head at a shooting range”.

Aside from being completely false, the message was also a cyber scam, which used the death report as a way to steal information from users.

Anyone who clicked on the story could be tricked into entering their personal details or downloading damaging Malware software. 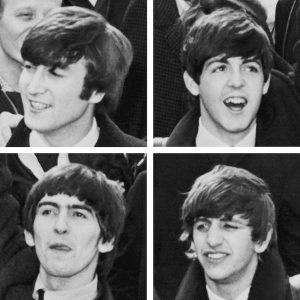 Beatles legend Paul McCartney may have been the victim of the first ever celebrity death hoax after fans became convinced he had died in a car crash in January 1966 and replaced by a fake Paul.

The ‘Paul is dead’ conspiracy theory never really died down as fans searched for clues in their music and artwork.

In 1993 McCartney even released an album called Paul Is Live that made several references to the claims.

Nearly 50 years on and death rumours circulated on Twitter again proved to be false. Fans scrambled for information about the star after the hashtag #RIPPaulMcCartney began trending, but thankfully it turned out to be a disgusting prank.

Not so much a death hoax as a major error by People Magazine, who accidentally tweeted their prepared obituary for ageing Hollywood legend Kirk Douglas in December 2014.

It seems the announcement was an editorial mistake and the magazine apologised to the star, who was a week away from his 98th birthday.

Despite the report, the legendary actor is still going strong now at 100.

Actor and director Robert Redford’s publicist was forced to publicly deny the Hollywood star had died following a report he had been killed after falling from a golf buggy.

After grief-stricken fans shared their tributes to the star on social media, his rep at the time Cindi Berger released a statement insisting she had spoken to Redford and that the rumours were nothing more than a “sick hoax”.

The latest edition of the celebrity hoaxes is the recent speculation on the death of Clint Eastwood.