After a one-week break, Season 8 of the American crime drama TV series “Castle” will return to ABC on March 21 with the airing of its 15th episode titled “Fidelis Ad Mortem.”

The pair of Richard Castle, played by Nathan Fillion, and Kate Beckett, played by Stana Katic, will be tested once again on a new case where Beckett will discover the truth about an NYPD Academy Killer that is still on the loose.

‘Caskett’ needs to work on unmasking the NYPD Academy killer who has been using the NYPD training to kill. Beckett got thrown into the case as she has a protégé in the academy who might be the next target of the killer.

The episode title is the Latin phrase for ‘Faithful Unto Death’ which alludes to a possibility that someone might be sacrificing a life for someone in the upcoming episode, reports the Parent Herald.

However, Castle may be facing a bigger problem than the NYPD Academy killer. The crime novelist will have to deal with the aftermath of the LokSat bomb that was dropped in the previous episode and he also has to set things straight with Beckett.

While there are speculations that the LokSat issue could drive a wedge in the romantic relationship between Castle and Beckett, it seems that the couple would be able to work things out and deal with the situation as a partner, the way they have been successfully doing in the past.

Eventually, the couple will have to admit to their colleagues that they have gotten back together again since a few episodes ago because they can no longer hide their true relationship with the case that they are handling at the moment.

The upcoming 15th episode of “Castle” will have as guest stars Michael Bowen, Evan Adrian, and James Morrison.

Giving way for the finale of a reality show

“Castle” did not air its episode 15 on March 14 because it had to give way to the finale of “The Bachelor,” which happens to be a three-hour show that always draw big ratings.

Because “Castle” is not doing much in terms of ratings, ABC can do whatever it wants with the TV series, which is rumored to be in its last season, notes Cartermatt.

While the show has picked up its ratings following the viewer fallout early in Season 8 when the showrunners separated Castle and Beckett one episode after they tied the knot, it is no longer in the level during its first few seasons where it used to be one of the most watched shows not only on the network but on the small screen.

During its episode 14 that aired on March 7, Rick headed to LA to find new information about his past abduction. Castle previously went missing for approximately eight weeks. When he returned, he had no memory of what has happened to him during his abduction.

In episode 14, titled “The G.D.S.,” Castle’s search for answers about his missing time took a deadly turn when he was recruited by the legendary society called the Greatest Detective Society, which is the full meaning of the acronym-titled episode.

“Terminator: The Sarah Connor Chronicles” actress Summer Glau guest starred as Kendall Frost, a heady private detective in Los Angeles who competed with Castle to try to solve the murder case at hand. 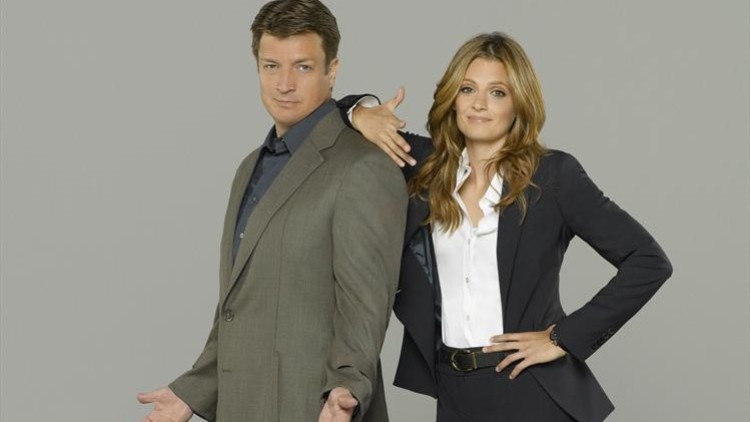 It was earlier reported that an episode of the crime drama TV series will include a Malcolm and River reunion as Fillion and Glau both starred in 2002’s space drama “Firefly.”

Gerald McRaney also guest stars as Mason Wood, the head of GDS. The society is an association of the best private detectives in the business and the episode showed how their methods differ from Castle when it comes to handling murder cases.