Season 11 of American crime procedural drama TV series “Bones” is currently on its midseason hiatus and fans are already excitedly awaiting its return to Fox network on April 14 for the premiere of its back half beginning with episode 11.

Based on the midseason finale of “Bones” that aired on December 10 last year, entomologist Dr. Jack Hodgins, played by T.J. Thyne, was paralyzed from the waist down due to an explosion.

The 11th episode will see him undergoing a painful recuperation period considering that Hodgins is someone who is full of life. He is also not the type who would like to be confined in a wheelchair for a long time because he will obviously consider it as a fate worse than death, details the Christian Today.

In an interview last December, Thyne said that the second half of “Bones” will be the toughest for his character. He said Hodgins would be in denial at first but it would slowly sink into him that he might never walk again.

The actor added that would be the phase in his character where he will undergo the stages of grief.

Dr. Jack was previously known to be a cheerful person. But after the accident, he will be angry and frustrated at the drop of a hat.

Angela Montenegro, played by Michaela Conlin, will have problems dealing with her husband’s grief which is why she will tend to walk on tiptoe around him. It is likely that soon after, depression would set in on Hodgins as he will start pitying himself, and will likely push away his old friends in the Jeffersonian.

The two will have to choose who to side with in the depression struggle of Hodgins, whether they support Angela or Dr. Jack because the condition of Hodgins will really have a huge effect for those who worked with him and his wife for a long time.

Showrunner Michael Peterson said that almost all of the colleagues of Hodgins would not be able to stay neutral, especially when they see how Angela is suffering because of Hodgins’ attitude.

Peterson said that the same will hold true for both Brennan and Booth as the couple’s closest friends. He hinted that there will be times when people fall on different sides of the line and there will be allegiances that are going to happen as a result.

Considering that they are both women, Brennan is expected to side with Angela. Booth, on the other hand, will go for Hodgins because he believes that the man’s condition is something he will not want himself to be in.

Last season for the show?

Loyal fans and viewers of “Bones” have expressed their concern that Season 11 may be the last for their favorite TV series. 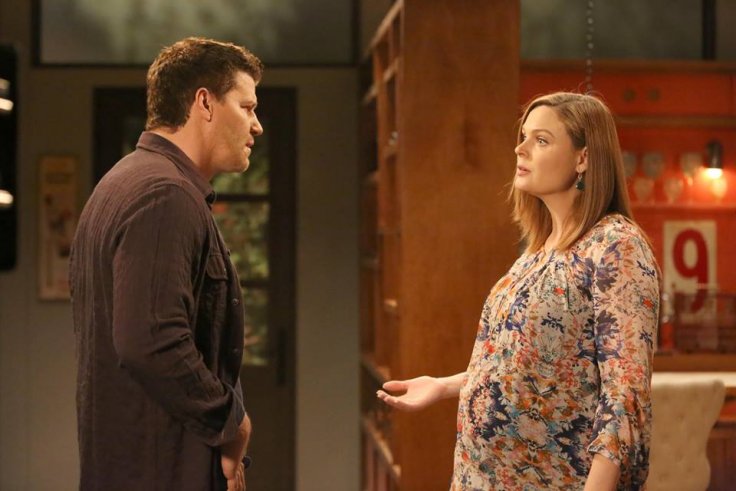 The speculations began when Dana Walden, Fox co-CEO, recently stated that she is not sure if the show will return for another season. While it is still too early to talk about cancellation or renewal of the show for Season 12 since the back half of the TV series has yet to premiere on the small screen, “Bones” usually gets advice for a renewal several months ahead or even before its current season reaches its finale.

On the possibility that Season 11 may be the last for “Bones,” Walden also assured fans and viewers that the second half of the TV series promises to end it on a more satisfying note.