Bethesda Softworks pulled off a jaw-dropping surprise to fans and gamers of “Fallout 4” when it officially unveiled the first official trailer of the post-apocalyptic role-playing game on June 3, less than two weeks before the company’s planned pre-Electronic Entertainment Expo (E3) 2015 event on June 14.

The company made a major tease on June 2 by putting up a countdown timer leading to the official launch of the trailer of “Fallout 4” the following day. The “Fallout 4” trailer that has been rumored for a few weeks now so Bethesda surely got the attention of fans and gamers who have been anxiously waiting for the video game for quite some time already.

Bethesda posted a 24-hour countdown clock on a please stand by image, which is straight out of the “Fallout” video game franchise so everyone is quite sure that it is going to be about “Fallout 4.

Considering that there is almost two weeks to go before the Bethesda event on June 14, it is likely that the developer may drag the tease with an extended alternate reality game or ARG or some other teasers until then, notes Kotaku.

Last month, reports came out that the gameplay trailer for “Fallout 4” is already in development and that Bethesda will be launching it on its June 14 event.

One fan actually describes Bethesda’s strategy on “Fallout 4” as a case of conspicuous by absence. The same fan believes that the game developer cannot afford not to launch “Fallout 4” in June as it will be up against a storm of hatred from fans and gamers the world over.

Bethesda has already sent out RSVP invitations in May to members of the press to be held on June 14 at the Dolby Theater before the E3 2015 event in Los Angeles.

The invitations actually included images of characters from some of the well-known video game franchises of Bethesda including “Doom,” “Wolfenstein,” “Dishonored,” and “The Evil Within.”

Uncharacteristically, while initial reports said that Bethesda will actually be launching a gameplay trailer of a role-playing video game during its press event, there was no images of characters on either “Fallout 4” or “The Elder Scrolls 6” on the invitation.

It’s all part of the strategy

Now it has become obvious that the lack of information on “Fallout 4” on the press invite is intentional and is part of the strategy of Bethesda in building up that surprise which it pulled off starting on June 2. 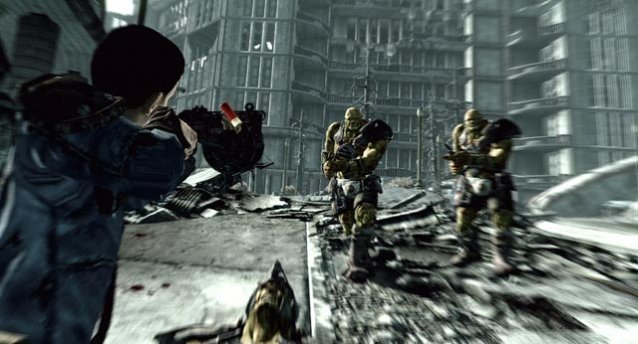 With the first official trailer of “Fallout 4” already out, the developer may have a few tease coming in the next few days leading to its pre-E3 2015 event giving media and fans more reasons to be part of the event.