Vincent and Cat are finally able to announce their love to the world, and the third season of “Beauty and the Beast” is set to start on a peaceful note. The plot synopsis for the next season reveals that the two would be moving in, and Vincent will even likely propose to Cat, with everything around them quiet and peaceful.

Or least that’s how it will be for a little while – in reality, we know that the point of this show isn’t exactly to keep its characters feeling safe, and it looks like we’re going to see Vincent and Cat back in the middle of danger due to cat’s secret job.

There will also be a new villain in this season, although this is just a rumor, but apparently this will be quite the serious challenge for the characters, unlike anything they’ve seen so far. At the same time, Cat is apparently working closely with a government agency that has been keeping tabs on supernatural cases, and once she hears that there is a new beast in town, she jumps at the opportunity to help them out and assist in catching it.

This isn’t something that Vincent knows at first however, and once he does find out, he doesn’t take the news very lightly, leading to some tension building up between the two. Kristin Kreuk recently gave an interview in which she explained that taking Vincent along is part of their destiny, which is to catch the supernatural monsters that they’ve been chasing after.

It looks like Cat has a slightly different focus in life and this might lead to some conflicts between the two, but hopefully they’re going to resolve them quickly as fans want to see more romantic developments in this season. Of course, it wouldn’t be true romance without some drama thrown in the middle of it, and the characters are likely going to get their fair share of drama due to those events, perhaps even more than some fans have been asking for. 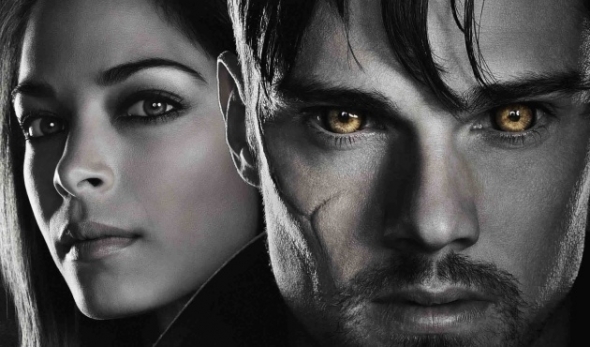 What will it take to convince Vincent to join Cat on her quest against those monsters? He seems quite reluctant to do any chasing at this point, and there has been some speculation that there has to be a very serious, dramatic event in order for him to cave in. That could even be the life of Cat being put in danger, and there have been hints that we might see a scene involving exactly that. Of course, from the point of view of fans, there is likely nothing to worry about as Cat is obviously not going to be killed.