Assetto Corsa has been in the works for a long time and was actually released on the Steam Early Access program back in November of 2013. The popularity of the race simulation game took of quickly and it was not long before gamers were wishing for the game to come to the mainstream consoles. Back in June of last year, 505 Games announced that it would be bringing the game to the Xbox One and the Playstation 4 in 2016.

That was great news for the loyal fans that wished to play the game on a regular console, compared to their home PC. The race simulator video game has been developed by an Italian video game designer and has major focus on recreating the realistic feeling of the racing experience. The game can be customized and modded in many different ways to bring the experience even closer to the race car. Just this week, it was official announced that the game will be released to the Playstation 4 on April 22nd.

The game designer has plenty of experience with games like this and was a major player in the development in the Ferrari Virtual Academy. The idea has been in the works since 2010 when it was first designed for a driving school project. The next year, Kunos decided that he was going to move the development to a game based on the Unity Engine. That is where the first delays for the game on consoles started.

Issues with load times and the fact that it would not be easily be modded, the project was left behind at that time. By the end of 2011, the developer decided it was time to build an entire game engine just for Assetto Corsa and that is the path they took. The game is coded in many different languages and that includes HTML for the main interface. This allows gamers to completely customize the look of it. The development does not stop there, as the developers used Python for real time data, DirectX 11 for graphics and FMOD for the sound and ODE for the real body mechanics. 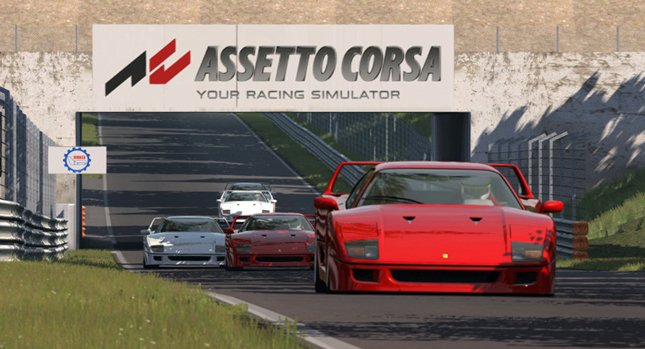 Fans will be happy to be waiting in line for Assetto Corsa to arrive in a video game store near them in April. According to reports, and based on fears spread around the internet, the console game will not be a “watered down” version of the PC version. The idea is that the two different platforms are completely seamless in design and gameplay. This also does not mean they will forget the PC version, in fact, reports indicate that the two platforms will be parallel, giving advantages to each platform. Unlike the PC version, the console version will feature more realism, rather than “car collecting”.