It seems like her tough public face is starting to wear off and dance leader Abby Lee Miller is now wilting under the immense pressure of her ongoing fraud case. Reports have it that it will be showing more in the upcoming episodes of Season 6 of the American dance competition reality show “Dance Moms.”

On the fourth episode of “Dance Moms” Season 6 that aired on Lifetime on January 26, Abby Lee Miller was shown getting emotional over her fraud case. She was seen speaking with someone on the phone and was quoted as saying that her career could be over, notes Design & Trend.

The episode was titled “Now You See Abby, Now You Don’t,” and it also saw her ALDC dancers competing at the Dream National Competition in California without her.

Prior to the dance competition, one of the mothers told her colleagues that Abby Lee Miller just quit “Dance Moms.”

It would be interesting to find out if the dance leader would be back for the fifth episode of “Dance Moms” but speculations are rife that she would return and that her supposed resignation was just the anxiety over the fraud case getting the better of her.

Also on the same phone call, Abby was quoted as saying that she is in a bit of crisis and that she has had it. She said that for five years, she turned those kids into stars.

Jessalyn Siwa, the mother of JoJo, says that Abby had a huge meltdown because of what is happening in her personal life. She added that the dance leader has so much going on that they all can’t even relate to it.

When Melissa Gisoni and Jill Vertes tried in to check on Abby after she failed to show up to pyramid on time, the dance leader kicked them out for bringing the cameras into her office, details the International Business Times.

And during the final practice before the competition, Jill revealed to the mini team’s mothers that Abby has quit because they apparently received an e-mail that she is resigning. Jill even told the mothers of the mini team that it does not look good for them because Abby has had it.

It would be interesting to find out if Abby Lee Miller would have the same emotional spells in the upcoming episodes of “Dance Moms” Season 6 especially at this time when both her junior elite team and the mini team are going on almost weekly competitions.

Holly Frazier, in fact, summed it perfectly well when she described Abby’s roller-coaster emotional ride by saying that the dance leader walked out of the competition last week, the other day she refused to come out of her cave, and today, she decides she is quitting. Jessalyn advised the dancers to move on without the dance leader and just compete.

Taking her anxiety on someone

Because of the absence of her star dancer Maddie Ziegler during the first three episodes of Season 6 of “Dance Moms”, it’s Maddie’s sister Mackenzie who is bearing the brunt of Abby Lee Miller’s ire. During the second episode, Abby yelled quite a lot on Mackenzie.

She seems to have taken her anxiety of facing 20 counts of bankruptcy fraud on Mackenzie by shouting that the girl is not good enough or that she’s lazy or she has a bad feet and ankles. She also shouts to Mackenzie to work harder and also telling her that she is no Maddie.

That obviously drove Mackenzie to tears and called the dance leader a smart ass behind her back.

Finally, Mackenzie’s mother, Melissa, decides to step in and defend her daughter from the horrible verbal abuse she has been getting from Abby.

Despite all the brouhaha, the girls appear to be willing to take the verbal abuse of Abby in order to be on her dance team. Apparently, being in “Dance Moms” and being under the helm of the Abby Lee Dance Club is something to aspire for and be privileged to be a part of. 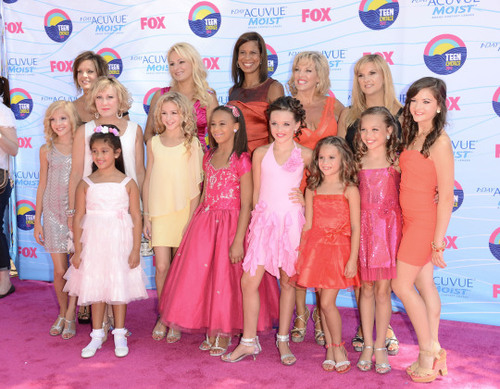 But Mackenzie and the other members of the ALDC elite junior team got a respite from the blabbering of Abby Lee Miller during the third episode as the dance coach introduced her dancing team of mini.

The dance mini team is composed of five girls, ages 10 and below, and Abby introduced its five members in episode 3.