If the rumors going around lately are accurate that Apple is about to release its 4-inch and mid-range iPhone, the iPhone 5SE, sometime in March this year, the Korean tech giant’s 2013 flagship smartphone would actually benefit from it.

It could be recalled that when the Samsung Galaxy S4 was released in March 2013, the American tech giant launched its first ever mid-range iPhone, the iPhone 5C, a little over six months later. And the two flagship smartphones from Samsung and Apple has gone on head-to-head since, with the favor going to the Korean tech giant towards the end.

Apple was able to offset the overwhelming advantage of Samsung on the Galaxy S4 when the Korean tech giant unveiled the less-than-satisfactory Galaxy S5 in March 2014 and the American tech company was able to eat up on Samsung’s market.

When Apple unveiled its iPhone 6 and iPhone 6 Plus in September 2014, Samsung knew right there that it shot itself in the foot with its undoing for the Galaxy S5.

The Korean company only managed to turn things around again by redeeming itself big time with the release of the Samsung Galaxy S6 and the Galaxy S6 Edge in March last year and the rest is history.

There were rumors that Apple would be releasing an iPhone 6C last year as the American tech company’s entry into the mid-range smartphone segment but none came.

Of late, however, rumors are swirling wildly that Apple would be launching an iPhone 5SE which would be the Cupertino-based tech company’s answer to the mid-range category where it hardly has an entry.

With a 4-inch iPhone about to come out, it is likely that the Samsung Galaxy S4 would benefit from it as well as it would seem that it would have a refreshed competition from the previous iPhone 5C to the upcoming iPhone 5SE, with the ‘SE’ being pronounced as ‘C’ anyway.

It could be noted that the Galaxy S4 is one of the closest among the Samsung flagship smartphones to resemble the iPhones of recent years because of its size, design, and specifications. So the 2013 flagship smartphone of Samsung would surely get a boost once the iPhone 5SE comes out to the markets a few weeks from now.

The iPhone 5SE may be a good marketing boost for the Samsung Galaxy S4 but the smartphone did not get inside help from both Samsung and Google when reports recently came out that Android 6.0 Marshmallow shall no longer be coming to the Galaxy S4.

As a smartphone that has been way past two years old from the time it hit the retail markets, the Galaxy S4 was kind of expected not to receive the latest mobile OS update from Google. But since there are millions of Galaxy S4 users around the world, plenty were still waiting for the Android 6.0 Marshmallow on their devices, notes Tech Times.

Given its huge user base, the Galaxy S4 is one of the many Android smartphone models that constantly gets software updates.

There are, however, instances when problems can occur right after the update. But those who really wish to update their smartphone to the latest Android OS, can actually do so through a custom ROM based on Android 6.0 Marshmallow, cites The Droid Guy.

As to why the Galaxy S4 no longer received the Marshmallow updates, smartphone manufacturers have set a two-year time frame for its devices to take on mobile operating system updates. While there is no rule that set everything in stone about this, the reason why the device makers have set an allowable period to update the OS of their devices is to ensure that the smartphones can still perform reasonably well. 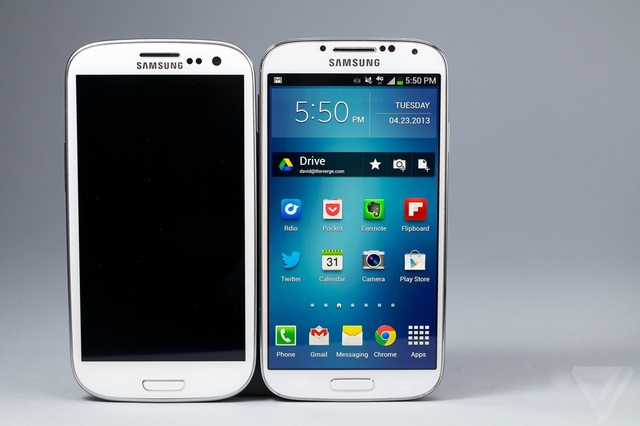 As everyone knows, every OS update usually gets bigger and bigger, as far as file sizes are concerned and an older smartphone can only take so much before it practically pukes and can no longer handle it.

That seems to be the case with the very popular Samsung Galaxy S4, the flagship smartphone of the Korean tech giant in 2013.