It has already been five months since Angelina Jolie and Brad Pitt parted ways and their divorce proceedings are now ongoing. The rift reportedly began with the allegations that Pitt mistreated their eldest son, Maddox, during a trip which prompted Angelina to file for divorce the following day.

The A-list couple then went through a bitter exchange of accusations and allegations amidst their fight for child custody to their six children, namely, Maddox, 15, Pax, 13, Zahara, 11, Shiloh, 10, and twins Vivienne and Knox, 7.

Angelina Jolie spoke up and for the first time about the split recently as she emotionally shares her thoughts about what her family has been going through and its negative impact on the emotional and psychological mindset of her children.

Jolie admitted that it was a very difficult time for her family to accept the split.

In an interview with BBC World News, the actress said that she and her ex-husband Brad Pitt will always be a family.

Not too long ago, Jolie accused Pitt of maligning her image to the public, telling that she was the one who was publicizing their divorce and child custody battle in public.

Pitt subsequently requested the court to conceal all divorce documents for the sake of their children’s privacy, in which Jolie filed a motion by stating in court that her ex-husband was trying to protect his image in public and not protecting the privacy of their children.

A source revealed that Jolie had suffered mental breakdown upon learning that her therapist allowed her estranged husband to spend Christmas with their children in his house, which was quite hard for her to accept at that time.

The “Lara Croft: Tombraider” actress hopes that all the things that happened to them and to their family would only make them all stronger.

The 41-year-old actress was also asked about what she sees herself five years from now, and she said that she simply wanted to travel around the world visiting places with her children and also making sure they are all stable and contented in their lives.

It also appears that Jolie does not want to put her children in the Hollywood limelight where she began her career. She believes that her children are kind-hearted individuals who will really do well in different vocations other than acting.

Meanwhile,  Angelina Jolie also debunked the widespread rumors that her ex-husband had an affair with his “Allied” co-star Marion Cotillard and that affair caused their split.

A source close to Jolie confirmed that it was not the cause of the split and that there is no truth to the rumors that Pitt had an affair with Cotillard.

For her part, Cotillard also denied the rumors via her Instagram account and said that those speculations are not true and are simply unfair both for her and her husband as well as for Brad Pitt and Angelina Jolie.

She also reiterated that she is in love with her husband, French actor, Guillaume Canet, and they are actually expecting their second baby.

But it was clear from the start that the rumors are only meant to put down Brad Pitt and to make him look bad in his divorce battle with Angelina Jolie. With the debunking of Angelina, it also showed that she is not behind the false rumors. 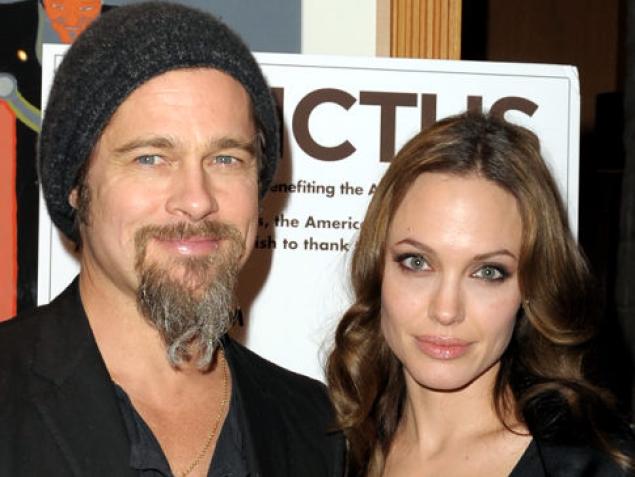 There are recent rumors that Brad Pitt is having a blossoming romance with Kate Hudson.

According to a source, Pitt and Hudson have been secretly dating for the past several weeks now, and it seems like the “Troy” actor is finally moving on from his failed relationship with Jolie.

Kate Hudson previously denied the rumors linking her and Brad Pitt. She even shared an amusing comment about her views on using dating apps during her interview on the “Ellen DeGeneres Show.”