Aside from conquering the world with her charismatic music performances on stage, Rihanna is now diving into a new venture by going into the cosmetic line business.

In line with her 29th birthday celebration on February 20, Rihanna gave a glimpse of her new cosmetics line called Fenty Beauty, which is also in reference to her real name, Robyn Rihanna Fenty.

On the Fenty Beauty fan page on Instagram, the first product to be introduced is the ‘holographic’ lipstick which already made its debut on the last Puma Show back in 2016.

A picture of a woman is seen wearing the lipstick as she poses at the backstage during the event.

Riri also made an appearance on the same Instagram account and shared a video of hers as she expresses her excitement for its launch.

The social media account also appears to be looking for a global makeup artist to join her team and it seems that her company will hold a major contest for it.

Rihanna has been hinting to her fans her upcoming cosmetics line but she did not give any specific product. Reports have it that the line will debut in September this year.

There are reports saying that Riri will include her fierce eyebrow pencils, powders, and more which she previewed in her Instagram account as of late.

Fenty Beauty is a cosmetic beauty line for Rihanna’s makeup products that will appeal to a huge and diverse global market. She delves into the business in collaboration with the famous French cosmetic company, Louis Vuitton and Moet Hennessy (LVMH).

In April last year, Rihanna signed a contract with LVMH, under Kendo’s division, to launch her new brand this coming fall.

The company has been looking to sign up a big star like Rihanna who is quite big in the music industry.

Rihanna is actually the youngest solo artist who has already produced over 14 singles that hit No. 1 on the Billboard Hot 100 chart. She has tallied eight Grammys awards, 12 Billboard Music Awards, and nine American Music Awards.

In addition, Riri has also become a fashion icon and entertainment trendsetter, which make both her fans and even fellow celebrities in awe everywhere she goes. Such reputation made Kendo consider Riri to be its next makeup brand superstar for today’s generation.

Incidentally, it is not the first time that Rihanna has made a makeup products collaboration with a cosmetic company.

The pop singer has also collaborated with MAC cosmetics in 2013 with a limited edition of Riri’s Hearts MAC cosmetics collection and represented Viva Glam lipstick back in 2014 to raise funds for AIDS research.

The “Stay” singer has also produced seven fragrances with Parlux Ltd., an international manufacturer, and distributor of prestige perfumes and beauty related products. Her latest one was launched back in 2015, which eventually generated over $75 million in sales. 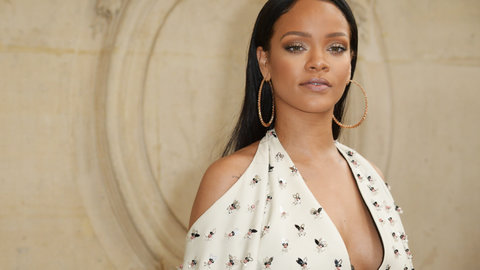 To date, Fenty Beauty will be Rihanna’s third major cosmetics product collaboration and Kendo is determined to maintain its relationship with the songstress.

The “Love on the Brain” singer was also seen wearing an Orly BB Cream on her long, square-shaped nails and teased her fans and fellow celebrities with her upcoming brand.

Her business venture also makes Riri a brand ambassador for a popular cosmetics line which is good for her and the cosmetics line.