It’s finally official – Ebrahim K Kanoo, the authorized dealer for Toyota and Lexus in Bahrain, has made the official announcement for the 2016 Toyota Camry. The car has seen a significant redesign, and this will be a very strong addition to the line, one which will likely make the headlines for a very long time. Various experts in the industry have been expressing their opinions, as have been people attached to the project itself.

Masato Katsumata, who was the chief engineer for the car, said that the car has been specifically developed for those who’re looking for a more attractive design and a better driving experience. This is a car that will have an actual emotional value to its right owner, and it should be able to appeal to a wide range of the market, from more traditional consumers to younger drivers who are looking for something fresh and exciting.

This is pretty much the boldest-looking Camry that has been produced to date, something that was expressed by its designers as well, and the car is definitely much better in expressing its true nature and radiating confidence on the road.

It will also offer a significant performance boost compared to previous entries in the line, and the company expressed their gratitude to their customers who have been supporting them over the years. The new Camry has been built on the basis of customer feedback to a large extent, and it represents a lot of what people want to see from this car.

It’s going to be offered in four different variants, namely the GL, GLX, SE and a new addition to the line, the XSE which will be aimed at sports-oriented buyers. The front bumper of the car has a very aggressive design, at least more than previous Camry models, and it’s more defined on the sides as well. The expressive side is aided by the 17-inch wheels which add an impressive detail to the already solid look of the car, and buyers will get plenty of options for customizing their purchase as well. 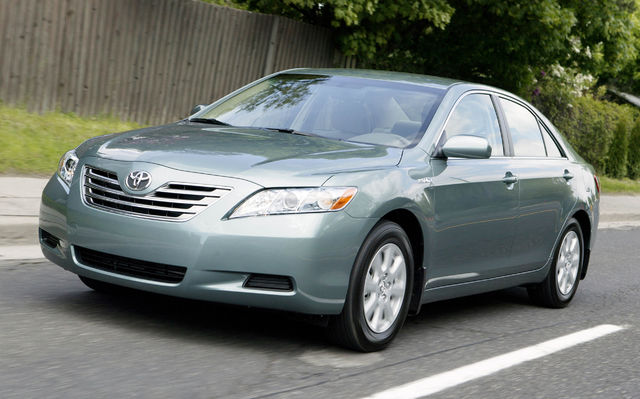 There will be 10 different color choices, including two that are new for the line, dark and light blue. The interior will be available in four different colors – ivory, grey, black and a grey/black combo, and there will be various other customization features as well, allowing a potential buyer to fine-tune their purchase down to perfection and get everything they want out of this car. It definitely does seem like Toyota want to give their buyers the best set of choices possible.