Season 2 of the American television show focusing on a polyamorous relationship, “You Me Her” has premiered on Valentine’s Day, February 14, at the Audience Network.

Unlike the first season of the TV series which came out more as a novelty comedy about a suburban married couple who entered into a three-way romantic relationship, Season 2 of “You Me Her” will explore deeper into the polyamorous triad, notes the Poly in the Media blog.

It’s shaping up as television’s first fictional series based on polyamory as a genuine way of life. Critics believe that “You Me Her” would also be not the last.

“You Me Her” is set in Portland, Oregon and was created by John Scott Shepherd. The series is also promoted as TV’s first polyromantic comedy.

Off to a rousing start

Season 2 got off to a rousing start as the premiere episode began with a ‘kiss me’ competition.

Emma, played by Rachel Blanchard, was in the midst of a major freak out in the debut episode as she tells Izzy, played by Priscilla Faia, and Jack, played by Greg Poehler that she is going to lose her promotion.

In an attempt to quell his wife’s anxiety, Jack interrupts her rambling by saying ‘kiss me.’ It’s a simple request but it suddenly becomes slightly less simple.

Jack added that Emma should kiss him like she saw his plane crash, but she didn’t know he parachuted out until he came up behind her and tapped her on the shoulder, details Us Weekly.

Emma, looking overwhelmingly relieved, does exactly that, as a startled Izzy watches, saying shortly that’s like a thing with guys.

Izzy then tries her hand at the ‘kiss me’ game saying that she should be kissed like she was Uma Thurman on “40 Ninja Assassins” and zip-lined her to safety. Again, Emma follows directions. Then Jack takes his turn. So it became a competition between Jack and Izzy with Emma being caught in the middle.

The ‘kiss me’ game devolves into more of a ‘kiss me’ competition between Jack and Izzy as they each tell increasingly elaborate tales of asteroids and time machines until Emma says she needs a tongue break.

Dealing the challenges of being a ‘throuple’

In its second season “You Me Her” deal with the logistics of being a ‘throuple,’ both in bed and out, and its impact on their circle of friends when they out themselves.

Creator John Scott Shepherd says that it’s that universal question of ‘What happens when the romantic comedy fades to black?’ or “What happens after when real life sets in?’

If Hallmark had a card for the characters of “You Me Her,” it might read as roses are red, violets are blue, we both love you madly, and each other too.

While some people might be appalled by the plot, “You Me Her” is the more open version of “Three’s Company” that some people have always wanted to see.

Either way, Greg Poehler wants the audience to know that “You Me Her” is probably not what people who’ve never seen it might be imagining. 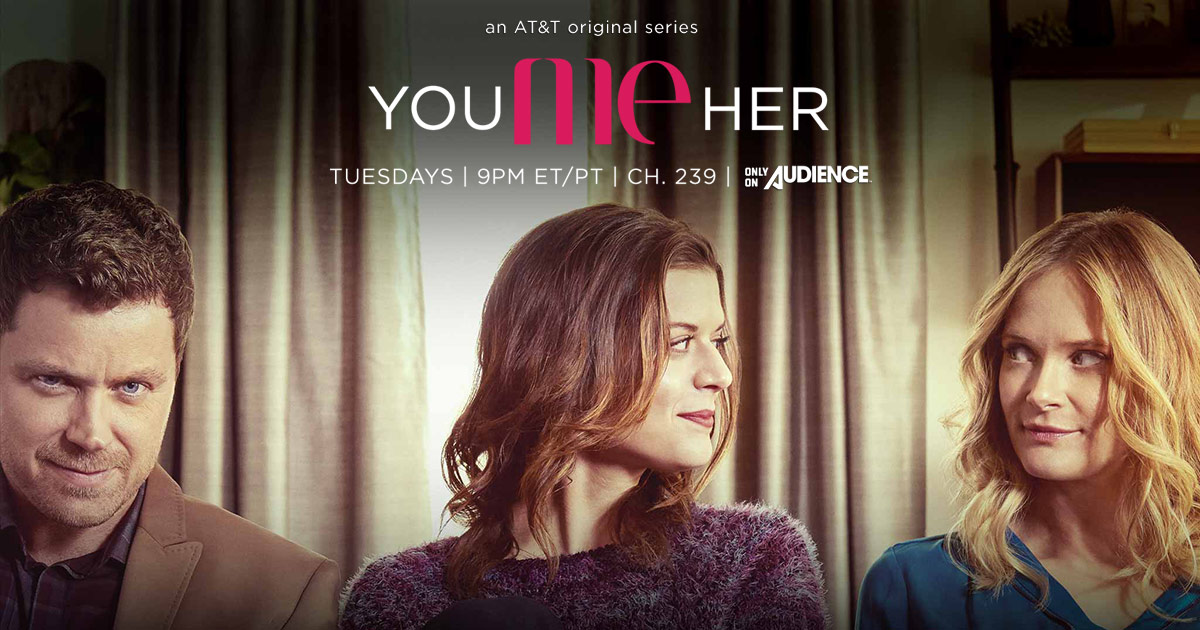 He said that the series never really goes down that road of where one would expect of one guy with two women. He said that his character is enjoying it the least out of all three of them, pretty much in every episode of the current season.

In the subsequent episode, Izzy is shown setting her lovers straight on couples privilege, pointing out that she and Emma both assumed the unicorn would ride in the back. She said that the unicorn is her. She ends up with the keys to the Land Rover, but it’s the first of many negotiations to come in the show.