The midseason premiere of Season 4 of the American fiction TV series “Marvel’s Agents of S.H.I.E.L.D.” will air on ABC on April 4 yet but reports have it that the show is set to bring back a fan-favorite character by then.

Accordingly, actor Brett Dalton will return to the series as Grant Ward. Ward is known as one of Hydra’s secret agents. Ward will be returning again despite the fact that he has already been killed in the series twice in the past.

First, he was killed as Ward in Season 2. In the season 3 finale, he was killed for the second time while he was in the form of the monstrous Hive. After being out of the picture for a while, he reappeared in the Season 4 midseason finale, albeit only in a photo, notes The Christian Post.

The new teaser video for the upcoming episode titled “What If” shows Simmons, played by Elizabeth Henstridge, and Daisy, played by Chloe Bennet, as they try to save the other members of S.H.I.E.L.D.

One part of the clip also shows that as Daisy wakes up in the Framework, there is a photo of her with her arms wrapped around Ward. Based on the video, it looks like Daisy and Ward are actually a couple in the realm run by Hydra.

In a recent interview, showrunner Jed Whedon revealed that the world of Hydra will need Ward, confirming the return of Dalton.

Ward and Daisy’s romance in Hydra’s world probably won’t come as a surprise for fans. In the distant past, Ward and Daisy were so in love with each other and everything was perfect between them.

Things only began to change after it was revealed that Ward is actually a traitor. Whedon refused to elaborate how long Ward will appear in the future episodes of the series, but it looks like he will continue to exist as long as some of the characters are stuck in the other world led by Hydra.

No plans for Bill Paxton to return actually

There were rumors saying that Bill Paxton, who plays the role of John Garrett in “Marvel’s Agents of S.H.I.E.L.D.,” shall return to the TV series too.

But Paxton died on February 25 from complications from surgery so that puts off whatever plans the show has in reprising his John Garrett character, who was the superior officer of Agent Grant Ward.

However, sources inside the show said that there were no plans to bring back Paxton to reprise his character in “Marvel’s Agents of S.H.I.E.L.D.”

Garrett and Ward were both revealed to be Hydra moles within S.H.I.E.L.D., and Garrett was eventually revealed as the season’s mysterious main villain, the Clairvoyant.

Garrett was killed in the Season 3 finale. However, the show’s Season 4 has introduced an alternate reality known as the Framework, constructed through a combination of technology and arcane power.

Some characters who died in the real world are alive in the Framework and vice versa. For example, Agent Jemma Simmons hacked her way into the Framework only to find that her Framework avatar was dead and buried, details Comicbook.com. 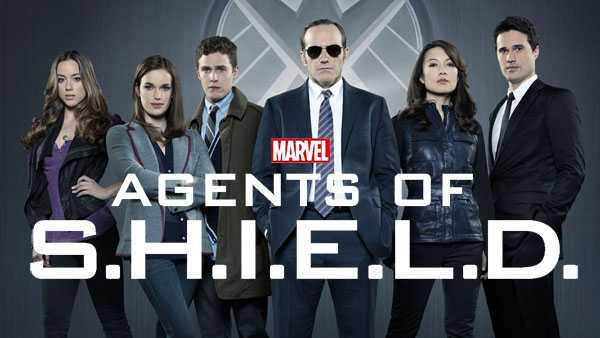 In effect, the idea is very similar to the multiverse of “The Flash” TV series but it’s the work of DC Comics so Marvel has a different term for such.

The nature of the Framework led some fans to speculate that Paxton could reprise his role as Garrett alongside Dalton’s Ward. It appears that was never in the cards.

Marvel released a statement on Paxton’s death by saying that it is deeply saddened by the loss of Bill Paxton and said that the actor’s contributions to the Marvel Universe will be remembered fondly.