Nye personally made the announcement at an event in New York City on February 8, suggesting also that it was really fitting for a show focusing mostly on what is happening in the world today on the eve of Earth Day, reports The Verge.

The series will focus on science and will investigate its relationship with politics, pop culture, and society. The first season will explore topics such as climate change, alternative medicine, video games, and sex from a scientific point of view, even as it will attempt to refute myths and anti-scientific claims.

Though the TV show will be hosted by Bill Nye, five correspondents will assist in the presentation of the show.

The first season of “Bill Nye Saves the World” will have 13 episodes.

Big return to the small screen

During his announcement early last month, Nye said that “Bill Nye Saves the World” will take a fact-based approach to informing its audience about what is really happening in the world today.

The series is Nye’s big return to television after his landmark PBS series “Bill Nye the Science Guy.”

That series turned Nye into a household name, allowing him to make frequent appearances in media in the years since. Obviously, many audiences and critics are already looking forward to his next project to air on Netflix in April.

Described by critics as a science variety show, “Bill Nye Saves the World” will have all its 13 episodes available to stream immediately when it hits Netflix on April 21.

The episodes are each roughly 30 minutes in length, and feature panel discussions, experiments, field interviews and more, including segments from contributors, notes Techcrunch.

Official trailer teases fans what’s in store for the show

The show’s trailer got its official debut at a media event in New York where Nye was on stage discussing the show with Netflix VP of Product Todd Yellin.

The trailer gives fans some idea of what’s in store for the program, which looks like a cross between the nightly talk show science guest segments Bill has been known to do and his original educational show for kids, though it definitely doesn’t seem aimed specifically at children.

It’s an interesting mix and one that could be either very compelling or very bizarre in practice, so fans interested in both science and original streaming media will surely be tuning in out of curiosity.

The host of the show, Ross Shafer, suggested he do some scientific demonstrations in a six-minute segment and take on the nickname “The Science Guy”.

His other main recurring role on “Almost Live!” was as Speedwalker, a speedwalking Seattle superhero.

From 1991 to 1993, he appeared in the live-action educational segments of “Back to the Future: The Animated Series” in the nonspeaking role of assistant to Dr. Emmett Brown, played by Christopher Lloyd, in which he would demonstrate science while Lloyd explained.

The segments’ national popularity led to Nye’s hosting an educational television program, “Bill Nye the Science Guy,” from 1993 to 1998. 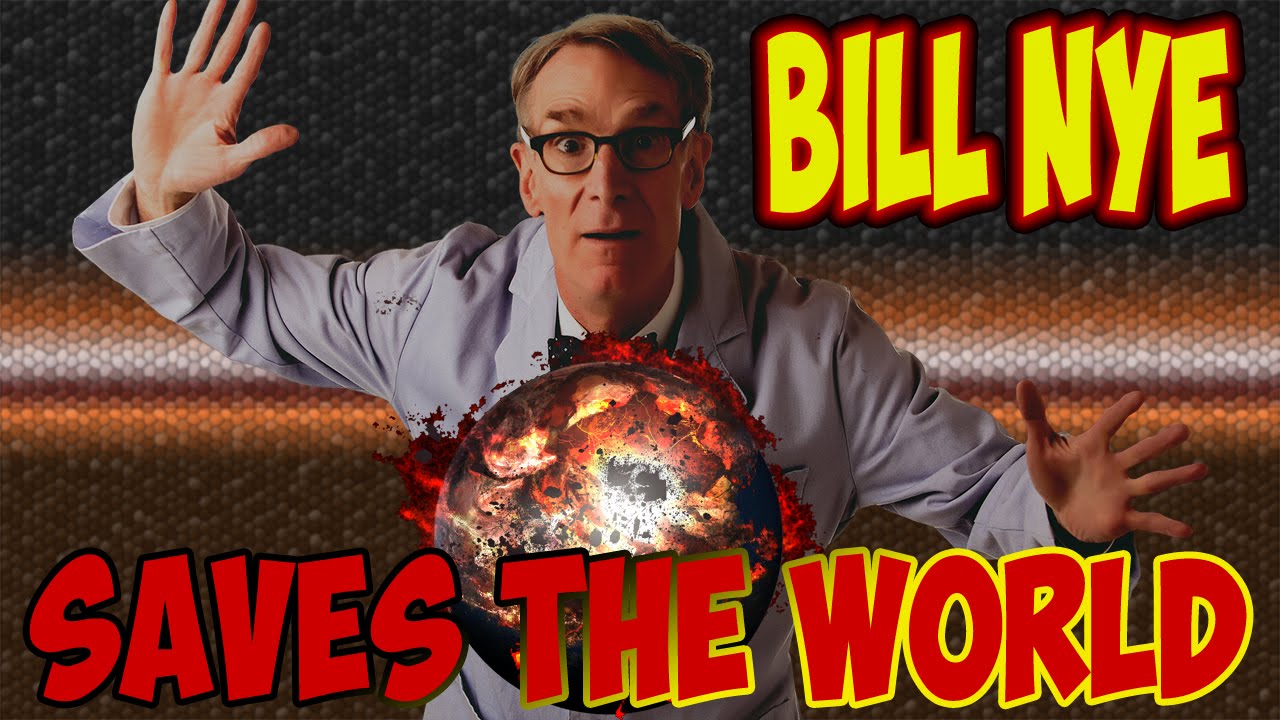 Each of the 100 episodes aimed to teach a specific topic in science to a younger audience, yet it garnered a wide adult audience as well.

With its comedic overtones, the show became popular as a teaching aid in schools. When portraying “The Science Guy,” Bill Nye wears a light blue lab coat and a bow tie.

Nye has also written several books as The Science Guy. In addition to hosting, he was a writer and producer for the show. All of it was filmed in the Seattle area.