“X-Men: Apocalypse” is the third and last film of the second “X-Men” trilogy to be released to worldwide theaters on March 27, 2016.

Along with the third “Wolverine” movie starring Hugh Jackman for the last time and showing on March 3, 2017, those are said to be the last two “X-Men” movies that Bryan Singer first brought to the screen 15 years ago when he formally introduced the X-Men universe.

However, Moviepilot has just got word that those last two “X-Men” movies will actually bring forth a new generation of X-Men to be called “The New Mutants.”

Producer and writer Simon Kinberg confirmed that 20th Century Fox is moving forward with “The New Mutants” which accordingly currently has the working title “Untitled Fox Mystery Marvel Movie” that the studio is eyeing to release on July 13, 2018.

While the supposed movie could end up being just a one-shot project, “The New Mutants” shall actually focus on a young and diverse cast of X-Men in training.

It is reported that Fox has been toying with the idea in order to shape a new generation of X-Men to carry the franchise forward.

While the most common X-Men characters since it was introduced by Fox in 2000 were Wolverine, Storm, Cyclops, Jean Grey, Professor X, and Magneto, it seems that the producers are looking into the possibility that Magneto, instead of Professor X, becoming the mentor to the new breed of mutants in “The New Mutants.”

Given this future premise, it is likely that Fox would make the idea known in the “X-Men: Apocalypse” where the company expects to finally come up with a touching finale and perfect ending to the friendship and animosity between Charles Xavier and Eric Lensherr.

Kinberg said that it is likely that “The New Mutants” will take the continuity from “X-Men: Apocalypse.” He added that the upcoming X-Men movies on “Gambit” and “Deadpool” are intended to take place in the shared Fox mutant universe. Depending on fan reception, the two “X-Men” movies may have sequels too.

While “Magneto” being the leader and mentor of the new breed of mutants in “The New Mutants” has yet to be confirmed by Fox, it would be interesting to note how the company intends to move forward with the X-Men universe after “X-Men: Apocalypse.”

“X-Men: Apocalypse” is the concluding third film in a trilogy that includes the “X-Men: First Class” shown in 2011 and the “X-Men: Days of the Future Past” released in 2014. 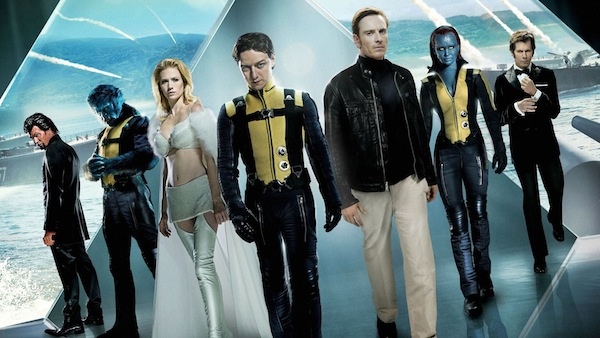 Just like its two predecessors, “X-Men: Apocalypse” is touted to become a big blockbuster considering the already huge and still growing fan-base of the series.