Hall-of-Famer basketball player and NBA’s no-holds-barred commentator Charles Barkley will be guesting in one of the episodes of the upcoming fifth season of the American legal drama TV series “Suits” on the USA Network.

Charles Barkley will be appearing in the third episode of Season 5 of “Suits” and he will just be playing more or less a souped up version of himself and shall become one of Harvey’s colorful clients in the show.

He was called in to extricate the Specter Pearson Litt partner out of a mess with another firm partner. But things did not go exactly as Harvey hoped it would, hints The Hollywood Reporter.

As much as it was a great fascination for the producers to cast the great Charles Barkley in the show, it was also a wish come true for the former NBA superstar to also guest in “Suits” as he has been fondness about the series for quite some time.

Barkley has been very outspoken about his love and fascination for Harvey Specter played by actor Gabriel Macht, Mike Ross, played by Patrick J. Adams, and the rest of the cast of “Suits” for quite some time now. He has been talking about it when he is hosting “Inside the NBA.”

He also comes as the latest addition to the list of professional athletes who have guested in the show over the course of its past four seasons.

Season 5 of “Suits” is set to premiere on the USA Network on June 24.

While Barkley has been very outspoken about his fascination to “Suits” as a TV show, series creator Aaron Korsh has always been just a big fan of him. So when he learned that Barkley was a big fan of the show, the showrunner immediately made an offer to the 52-year-old former NBA superstar to come to Toronto, Canada and film a cameo role for the show.

Barkley was more than happy to take the offer. He told The Hollywood Reporter in a recent interview that he thought it was really cool because he got invited to guest on “Suits” after he was heard bragging about the show in public. 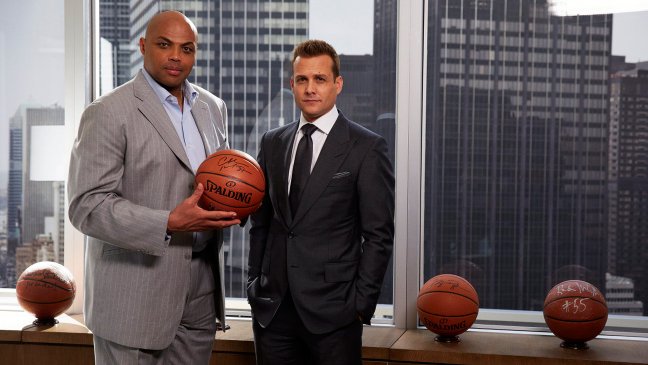 He said that while his work as an NBA off-court commentator is at its peak at the moment considering that it’s already the playoffs and he’s obviously busy and he’s day off is only on Friday, he said he does not care at all. Regardless of whether it’s his day off or not, he is going to go to Toronto to film a scene for his favorite show.