While it has been confirmed that god of war Ares will be the main villain in the upcoming DC film “Wonder Woman,” there was still no official word yet on who would get to play the part. Other than Gal Gadot as Wonder Woman, the major casting report was said to be that of actor Danny Huston, who shall play the role of a World War II commander in the film.

Huston was first seen in the trailer for “Wonder Woman”  where she was seen giving Diana Prince a vicious look during a ball, which prompted some fans to speculate that he may be the movie’s main villain.

It turns out that those speculations are inaccurate as there are latest reports saying that former “Harry Potter” film series star David Thewlis shall take on the main villain role in “Wonder Woman.”

It was in November last year when reports came out that David Thewlis shall have a part in DC Comics’ first female superhero film but there were no details as to what character or role he shall be taking on in the movie.

While Thewlis has not appeared in any of the movie trailers of “Wonder Woman,” it turns out that the reason why the producers are doing so because his character is important to the movie. Now, the cat is out of the bag and it has already been reported that Thewlis shall take on the role of Ares, who shall be Wonder Woman’s main nemesis in the film.

Thewlis is best known for his role as Professor Remus Lupin in the “Harry Potter” films. He was first introduced in the film’s third installment titled “Prisoner of Azkaban,” as an impulsive human who transforms into a wolf and has gone missing as he got ashamed of himself. He came back in the series to become Harry Potter’s guardian.

Thewlis’ character eventually fell to his death during the final battle in Hogwarts. He was killed by Voldemort’s servant named Death Eater.

The 54-year-old actor is also known for playing heroic characters in previous films and one of his notable performances was in the award-winning film titled “Naked” where he won the Best Actor award at the Cannes Film Festival.

He was also part of the cast of other famous films like “Dragonheart,” “Kingdom of Heaven,” Macbeth, Black Beauty, and Stephen King’s Theory of Everything.

According to rumors, Ares will create a war against the world and Zeus-shall compel the Amazons to revolt against his son. Unfortunately, Zeus will die as Ares shall find a way to defeat his father through Themyscira, Amazon’s haven of peace.

There have also been reports that Diana will use the mythical sword treasured in Themyscira to end the war as she believes that she has the power to stop it.

Having said that, Diana will use the mythical sword against Ares as their face-to-face would be important in light of the impending mass destruction.

Meanwhile, “Wonder Woman” have reportedly used computer-generated images (CGI) and practical effects for the villain very much the way Warner Bros did for Doomsday in “Batman v Superman: Dawn of Justice” shown in March last year. In fact, there are reports saying that it would be the same ploy that Warner Bros would use in depicting the main villain for “Justice League” known as Steppenwolf. 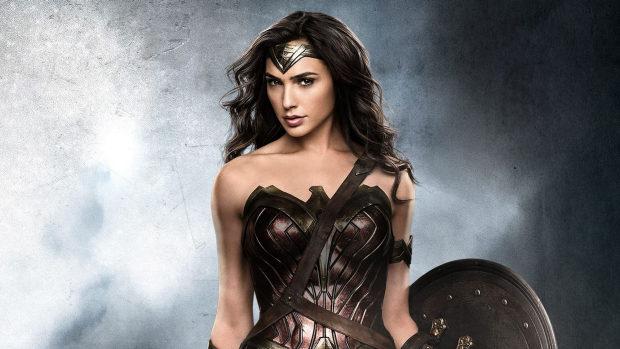 Though it may take a longer time to reveal how Ares would look on the big screen, the action figures for “Wonder Woman” seems to have given a hint on the appearance of Ares in the film. The action figures were revealed during the New York Toy Fair event on February 20.

There was an action figure of Ares alongside that of Gal Gadot’s Wonder Woman/Diana Prince and Chris Pine’s Steven Trevor.

But some are saying that the action figure may not exactly show the appearance of Ares in the movie so that certainly raised some element of suspense.