There is never a shortage of rumors surrounding neither Justin Bieber nor Selena Gomez, and the two of them have also been the subject of much speculation regarding their relationship. Ever since breaking up, fans have been wondering if there is a chance the two might ever get back together, and of course it’s not rare that we’ll see a rumor of this popping up here and there. But so far, there has been no “official” indication that the former couple might rekindle their romantic relationship.

Recently, it’s been rumored that Bieber has had to make a choice between several girls, and in the end he chose to be with Selena Gomez, picking her over Kendall Jenner and several other “options”. It’s not clear if that’s true or not, or if it means anything for the relationship between Bieber and Gomez. It could simply be a statement taken out of context, if Bieber wanted to say that he would prefer to go after Selena Gomez over anyone else, or something like that.

Some have been critical of Bieber’s affection towards Selena Gomez, calling it immature and unrealistic. The relationship between them ended on terms that hardly leave any possibility for a future relationship, but we never know in the world of celebrities. It’s not impossible that tomorrow’s headlines could be about the two of them again, but it certainly doesn’t look like Selena Gomez is too fond of that idea right now.

Justin Bieber has reportedly been trying hard to win back her attention as well, making his emotions public as much as he can and expressing his love for the singer. And while his efforts were mostly left unnoticed at first, there are rumors that Selena Gomez has started to take notice of what he’s doing, and is warming up to his act. Of course, that’s just a rumor right now, and there are certainly plenty of people spreading such claims at the moment just because they want to see people discussing their favorite celebrities. 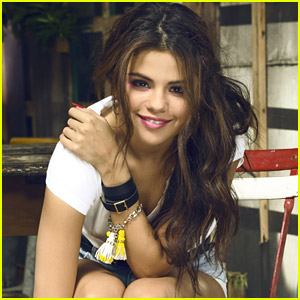 As far as Bieber’s efforts are concerned, he does seem to be trying to be more sincere in the way he’s addressing Selena Gomez, and maybe that’s what finally broke through her barrier, but on the other hand, Bieber has recently been developing his personality in ways that make anything coming out of his mouth questionable. He hasn’t been keeping up a very positive public image, and for what it’s worth, his name has been getting mentioned in the press pretty much exclusively for negative reasons for several months now – and there is no indication that this will stop anytime soon.