Austin Mahone has recently stated that Becky G is his first real relationship which came off as a diss to his previous girlfriend Camila Cabello of Fifth Harmony.

But instead of retaliating and hitting back at her former boyfriend, Camila Cabello decided to take the high road and positively react to the statement.

Camila was quoted in a subsequent interview that she does not regret anything that happened between her and Austin Mahone. She also disclosed that Austin was her first kiss and her first love. She added that it is important to learn about liking somebody before being swept away and admitted that the relationship was not meant to be.

Camila promised that she will find somebody else because love is a cycle. She says that she loves love itself and is very obsessed with it.

Becky G confirmed in April that she and Austin Mahone is a couple. Subsequently, it was the turn of the 19-year-old heartthrob singer to admit that he is indeed dating the 18-year-old songstress.

In a recent interview while filming his new movie titled “Dirty Work,” which is also the title of one of his singles, Austin formally confirmed that he and Becky G are indeed dating.

Austin also disclosed that he and Becky G have done a real cool music video together for her song “Lovin’ So Hard.” It was during the filming of the video that their relationship blossomed.

He said that the music video was a song for Becky G’s single that is out already. He detailed that the video showed he and Becky going all over LA, going to the beach, just hanging out with one another and doing all the fun stuff. He added that it was an intimate video from their perspective since they are really dating in real life.

Becky G said that falling for Austin was not difficult for her since she has known him for such a long time. She said that they started off as great friends and they always check on each other. They also get in to the studio together and as they grow up together, things happen until they officially become a couple. 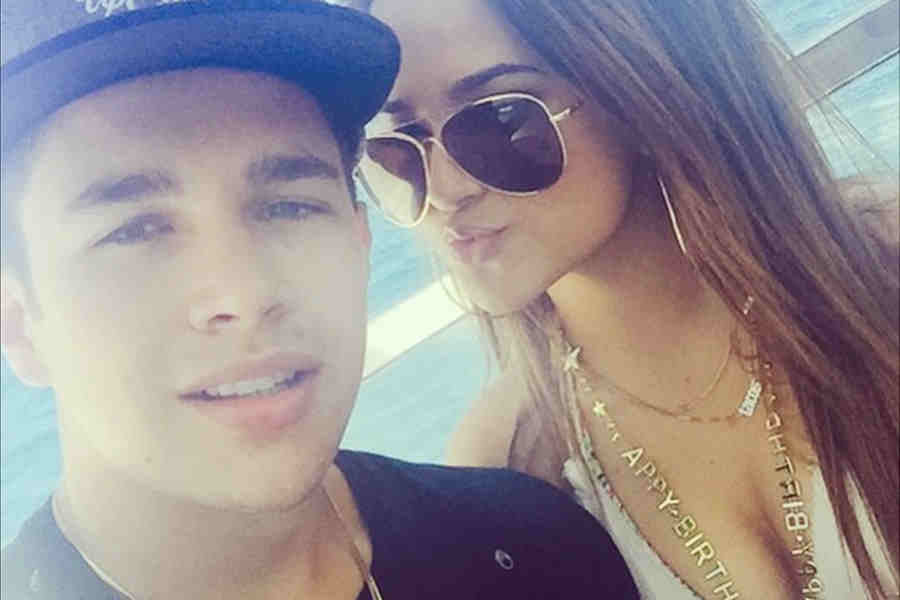 When asked whether she is in love with Austin or not, Becky G said that she is still young and she is just doing what young people should do which is to have fun.