The current seventh season of the “Real Housewives of Atlanta” is proving to be the American reality TV series’ most successful yet obviously because of the very high ratings that the show continuously enjoy.

The premiere episode of Season 7, titled “Bye Bye and Bon Voyage” aired on Bravo on November 9, 2014 and drew a total of 3.8 million viewers based on Nielsen ratings. From this number of viewers, 2.2 million or almost 60% of these actually belong to the 18-49 age group.

The record-breaking viewership number gave the “Real Housewives of Atlanta” the title of having the most watched season premiere ever to air on Bravo.

The secret to the success and durability of the TV series does not lie solely on the characters of the show as only NeNe Leakes has remained as the only lead star from the first season up to the current Season 7.

After Leakes, Kandi Burruss is the next veteran of the show having been a lead in the TV series since Season 2. Both Cynthia Bailey and Phaedra Parks joined as lead cast beginning on Season 3. Kenya Moore joined as lead role from Season 5, while Claudia Jordan took over the spot vacated by Porsha Williams, who has agreed to just play a supporting role on the show.

So what is the secret ingredient of “Real Housewives of Atlanta” why it ticks and clicks with a lot of viewers?

Apart from the uniqueness of each character and the different perspectives that they bring to the show, it is actually the convolution of storylines and the intrigues between some or among the characters and their respective relationships that has endeared the show to TV viewers.

The show simply gives viewers a lot of things and issues to chew on every episode that is why they become engrossed with it and stay on until a particular issue is resolved as the show moves on to the next. It has become engrossing as much as it is entertaining.

The 16th episode of Season 7 that aired on March 8 was a perfect example of how the show weaves its magic to keep viewers glued to their TV sets.

In addition to the personal conflict between Phaedra Parks and Kenya Moore over accusations that the former slept with an African man called ‘Mr. Chocolate,’ Cynthia Bailey’s friendship with Phaedra soured all the more after Cynthia sided with Kenya on the issue, details the International Business Times.

Kenya meanwhile worked on proving her accusations against Phaedra. She even asked Kandi Burruss to confirm Phaedra’s alleged affair, but Kandi refuses to betray her friend. 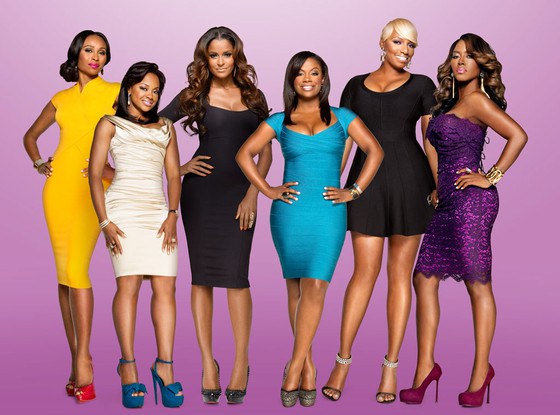 Phaedra discussed the issue with Porsha Williams even as Porsha questions the loyalty of Kandi to Phaedra. Then NeNe Leaks and Porsha confront Kandi about her loyalty to Phaedra and she admitted that she was not able to come to the aid of Phaedra because she and husband Tood Tucker have been trying their best to have a baby.

Despite these convoluted plotlines, it all lead to a focal point, which is why “Real Housewieves of Atlantan” always is an interesting watch.