There are now officially two billionaires under the administration of President Donald Trump. The first one, of course, is no other than Trump himself and the second is the recently-confirmed education secretary Betsy DeVos.

DeVos is Trump’s personal choice to handle the US education portfolio and she was finally confirmed by the Senate early this month after an unprecedented tie happened on the Senate floor on the confirmation hearing of her appointment.

It actually took the vote of Vice President Mike Pence to break the tie and allow the appointment of Betsy DeVos to pass through a wringer in the Senate. Had Mike Pence voted not to confirm her, DeVos would not get the education portfolio under the Trump administration.

The tie-breaking vote, which Senate officials said was unprecedented to confirm a Cabinet nominee, followed an all-night debate on DeVos as Senate Democrats tried to pressure at least one more Republican to oppose her and defeat the nomination.

Unprepared to lead the department

Only two Republicans joined the 46 Democrats and two independents in opposition to DeVos. Critics have called her unprepared to lead the Department of Education after a rocky Senate confirmation hearing.

Senate Democratic leader Chuck Schumer immediately derided the proceeding. He took to Twitter and said that the cabinet nominee is so unqualified, so divisive, that Vice President Mike Pence had to drive down Pennsylvania Avenue to cast the deciding vote.

Under the US Constitution, the vice president also serves as president of the Senate, with the power to cast votes only when there are ties on nominations or legislation.

Only Republican Senators Susan Collins of Maine and Lisa Murkowski of Alaska joined the Democrats and two independents in opposition to DeVos. That left 50 Republicans supporting her in the 100-member chamber.

Historically, Cabinet nominees with weak support in the Senate ask the president to withdraw their nomination, which DeVos did not do.

Married to the heir of Amway

DeVos is married to the heir and former chief executive of Amway, which sells household and personal care items. She is also the daughter of the founders of Prince Corp, a Michigan car parts supplier, and sister of Erik Prince, the founder of the security company formerly known as Blackwater USA, now called Academi.

Senate Majority Leader Mitch McConnell, urging her confirmation, said it was time to end the unprecedented delay by Democrats on the Cabinet nominations by Trump.

DeVos has been an advocate of charter schools, which operate independently of school districts and frequently are run by corporations. Democrats are concerned she will promote charter schools in a way that would undercut public schools, which have long been the anchor of the US education system.

Teachers unions, a major constituency for the Democratic Party, roundly opposed DeVos, a philanthropist and investor, to lead the department, which sets education policy for younger children and universities and also administers a college financial aid program of $1 trillion.

The Consumer Federation of America urged DeVos to confront the problem of millions of Americans in default on student loans. They said that the new secretary needs to put borrowers and taxpayers first, rather than focusing on helping the student loan and for-profit college industries pump up their profits.

Following the cliffhanger vote on DeVos, the Senate promptly limited debate on Trump’s choice of Senator Jeff Sessions to be attorney general. And that was another story by itself. 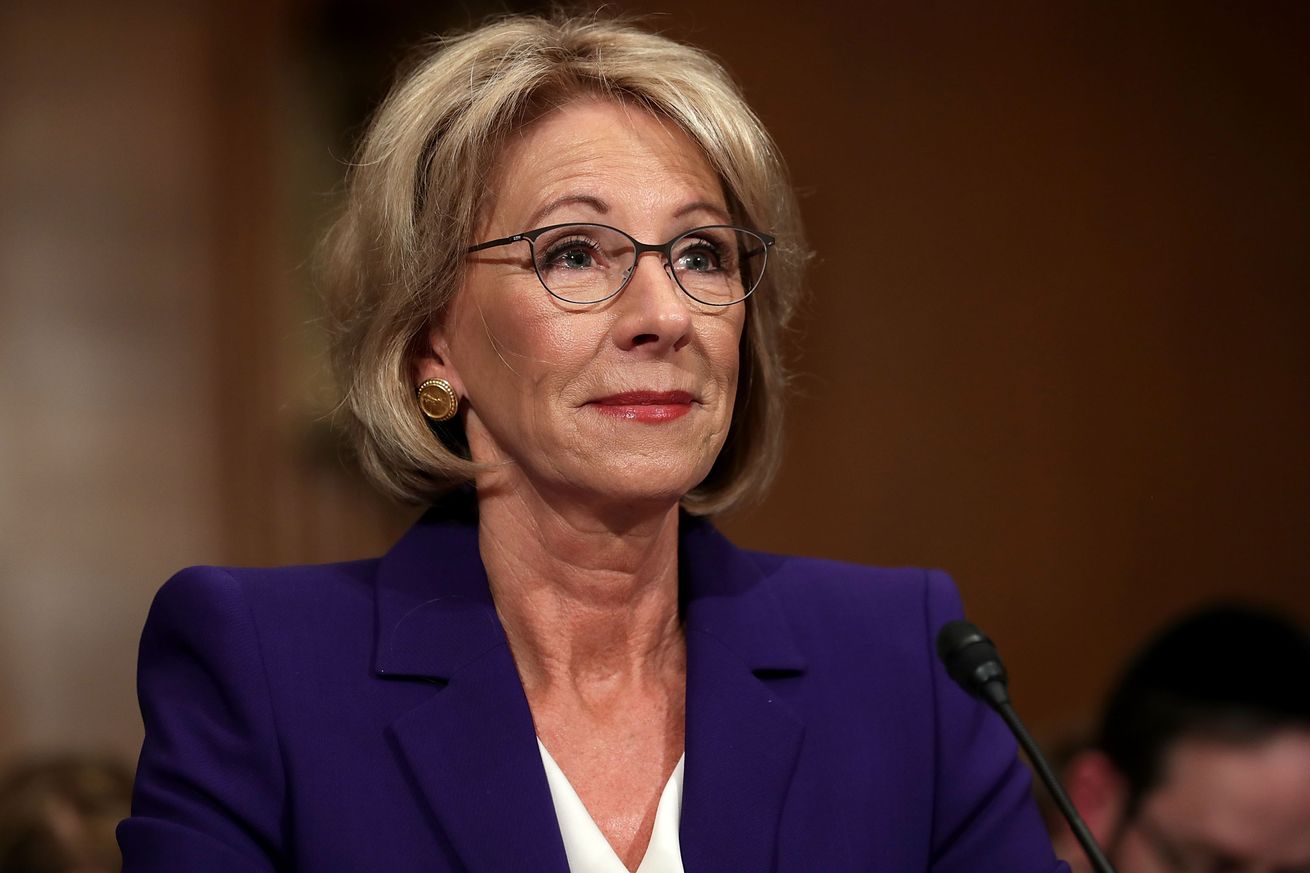 The 51-to-50 vote to confirm DeVos capped an all-night vigil on the Senate floor, where, one by one, Democrats denounced DeVos to a mostly empty chamber.

But they did not get a third Republican defection that would have stopped DeVos from becoming the steward of the nation’s nearly 100,000 public schools.

It was also the first time a vice president has been summoned to the Capitol to break a tie on a cabinet nomination, reports the New York Times.