The recent moves by the Republicans in the Senate to silence Democratic Senator Elizabeth Warren from continuing her criticisms of President Donald Trump have reportedly backfired on the GOP.

Instead of shackling the liberal firebrand, what the Republicans actually did is give Senator Warren a megaphone to continue her criticisms of President Trump and she has now turned into a Democratic hero for those who are in opposition of the chief executive, reports CNN.

The rebuke of Warren came after the Massachusetts Democrat read a letter written 30 years ago by Coretta Scott King, the widow of Martin Luther King Jr., opposing the nomination of Jeff Sessions for a federal judgeship.

Warren cited the letter during a debate on the nomination of Sessions, now an Alabama senator, as Donald Trump’s attorney general.

Reading from King’s letter to members of the Senate Judiciary Committee in 1986, Warren said that Mr. Sessions has used the awesome power of his office to chill the free exercise of the vote by black citizens in the district he now seeks to serve as a federal judge.

Rules against impugning another Senator

Subsequently, a vote along party lines upheld that decision, turning what could have been an ordinary late-night partisan floor speech for political devotees into a national story.

In a recent interview, Warren said that the Republicans can shut her up but they can’t change the truth.

The efforts of the Republicans on Senator Warren actually galvanized the Democratic base. Weeks after the women’s marches around the country turned out droves of anti-Trump protesters, Warren had given those women a new rallying point.

Adding fuel to the backlash, supporters noted the apparent hypocrisy that Warren’s male colleagues were able to read the letter uninterrupted.

Sen. Tom Udall of New Mexico read the letter to enter it into the congressional record and Sen. Jeff Merkley was allowed to read from King’s letter, though he couched his remarks as only reading portions of the letter and with the context to be in line with Senate rules.

McConnell said that Warren was warned and was given an explanation but she still persisted. It couldn’t have come at a better time for Warren, who is up for re-election in 2018.

All out support to Warren

The Democratic National Committee blasted out a supportive statement for Senator Warren. Interim chairwoman Donna Brazile said that it is a sad day for Americans when the words of Martin Luther King Jr.’s widow are not allowed on the floor of the United States Senate. She also lobbied to allow Elizabeth Warren to speak.

The moment became a rallying cry for fellow Democrats. California Sen. Kamala Harris took to the Senate floor to call the vote to silence Warren outrageous.

The Senate descended into a series of complaints about declining decorum on both sides. Utah Republican Sen. Orrin Hatch said that they have to treat each other with respect or the Senate is going to devolve into a jungle.

The Democrats also brought out examples of Republicans who had crossed similar lines but had not been shut up the way Warren was forbidden from participating. 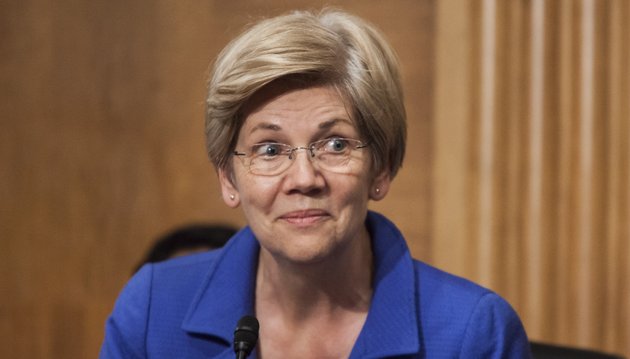 After Senator Warren’s statement impugning Sessions, McConnell called the Senate to order under what is known as Rule XIX, which prohibits debating senators from ascribing to another senator or to other senators any conduct or motive unworthy or unbecoming a senator.