Talk about the pitfalls of having a business mogul running the US presidency over in the White House, and Donald Trump and his family have plenty of explaining to do.

But unfortunately, having taken on the most powerful position in the world right now and for the next four years, it would be a tough task to get the explanation from him unless Congress makes the rather unthinkable move of impeaching him.

Political analysts believe that the problem with the Republican-dominated Congress is that they appear to be more determined to cover for the shortcomings of the President than making him answerable to his actions.

Still, it is very clear that Donald Trump has yet to commit an act or a high crime that would merit an impeachment. After all, he is barely 40 days in the office as of this time.

Doing nothing to address conflict of interest

While the Trump family knows that they are now in the public spotlight as well as their respective vocations, Donald Trump and his family have done little to assuage concerns that they see the White House as a cash cow.

The President has deviated from tradition by refusing to release his tax returns. He ignored pleas from the Office of Government Ethics, which called on him to fully divest his holdings in order to avoid dragging mounds of conflicts of interest into the Oval Office.

The president’s adult sons have been busy working on projects at home and abroad now that the Trump name opens more doors than ever.

For her part, Ivanka Trump, the president’s daughter, conspicuously wore a piece from her jewelry line in a postelection interview on CBS’s ’60 Minutes’ recently, reports the New York Times.

It seems that the Trump family has further put itself in a major spotlight and took away any semblance of plausible deniability of their alleged greed and their transactional view of the most powerful job in the world when US First Lady Melania Trump lodged a defamation lawsuit against The Daily Mail’s website in a New York State court.

Melania Trump sued the online publication over a story published last year that included a baseless claim that the former model once worked as an escort.

Many people believe that the 46-year-old Mrs. Trump is certainly entitled to challenge the accuracy of that allegation and to argue that it was defamatory.

But her assessment of the damage claim that it has done to her earning potential is galling and revelatory. As a result of the report published in August, Mrs. Trump contends in the suit, her brand has lost significant value, and major business opportunities that were otherwise available to her have been lost and/or substantially impacted. The suit offers no specific examples of lost business opportunities for her.

The timing of the story was particularly injurious, according to the lawsuit, considering that Mrs. Trump had the unique, once-in-a-lifetime opportunity, as an extremely famous and well-known person, as well as a former professional model and brand spokesperson, and successful businesswoman, to launch a broad-based commercial brand in multiple product categories, each of which could have garnered multimillion-dollar business relationships for a multiyear term during which plaintiff is one of the most photographed women in the world.

There is no benign way to look at that claim, say analysts. Mrs. Trump evidently believes her new title affords her a chance to rake in millions of dollars.

What is clear is that the conflict of interest is very prominent because she can actually make more money while taking on the role of the US First Lady and it seems that Donald Trump, just like in most of his current business undertakings, does not see that.

Born as Melania Knauss, Donald Trump’s third wife is the only First Lady of the US to be born in a communist country. 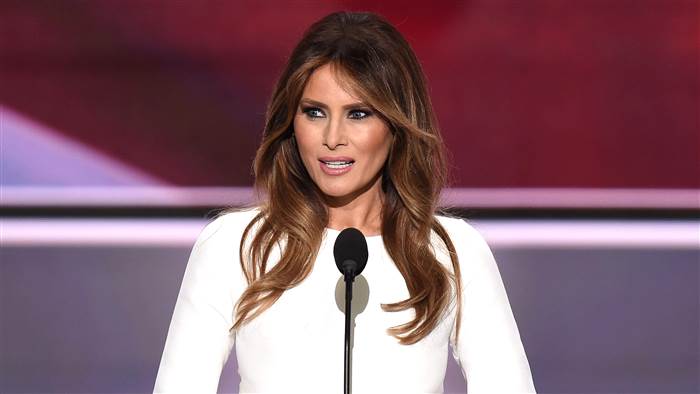 She was raised in a tower block in communist Yugoslavia, now Slovenia, making her only the second First Lady to have been born outside the United States after Louisa Adams, the English wife of President John Quincy, who left office in 1829, notes The Sun of UK.