Tom Cruise has been around for a while, and he’s managed to make several very successful releases – and he doesn’t seem to be planning to stop anytime soon. According to reports, he currently has various projects on his hands, some of which could end up being quite important to the film industry as a whole. He’s got several sequels lined up and most of them are to some very prominent titles that he’s known for from before, so his fans have been quite excited about what’s to come.

Reports indicate that he’s currently working on “Mission: Impossible 6” and “Top Gun 2” among other things, while he also has other projects in the pipeline as well. The actor seems to be quite excited to continue his hard work and keep pleasing his fans, which is good because many people have been paying attention to what he’s doing lately and his fanbase has actually been growing, despite some speculation that his popularity might be on a decline.

Most recently, he made a very successful release with “Mission: Impossible 5”. The film came out after much anticipation and speculation about various elements of its plot and presentation, and it was a massive hit across the board, generating a lot of hype for the franchise and for Tom Cruise himself. Many of the stunts that were prepared for the film were appreciated by critics and fans on quite the deep level, and it was immediately clear that the actor still knows what he’s doing.

Which is why a lot of people are currently waiting to hear anything at all about “Mission: Impossible 6”. There were some minor rumors that the franchise might come to a halt after the fifth installment as Tom Cruise allegedly wanted to focus on other things, but that doesn’t seem to be the case. If the current rumors are true, we’re going to see a lot more development in that corner of the cinema industry, and Tom Cruise could even be preparing something much more extravagant and unique for the future of the series.

On the other hand, he’s also been working hard on “Top Gun 2” after much anticipation for the new film. After all, it’s been nearly three decades since we saw the original, and a lot has happened since then. People who grew up with “Top Gun” are now in their middle ages, while many younger film lovers have only heard of the original in passing references but have never actually seen it.

And from what we’re hearing about “Top Gun 2”, the new film could possibly change the overall idea of the plot to modernize it a bit. The main point is that fighter jets operated by actual pilots are becoming more and more rare nowadays, as warfare is moving towards automation through the use of drones and other remote tools.

While this obviously doesn’t lend itself too well to a plot focused on aerial combat, there have been some interesting ideas about how this could be implemented as a plot twist in the new film. 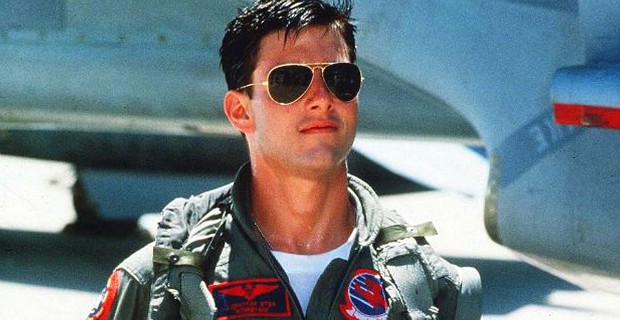 The most prominent rumor is that “Top Gun 2” might talk about the clash between the old and the new, with old school fighter pilots stepping up to do the kinds of jobs that will be beyond the reach of machines for a long time. If that’s true, it will be an interesting look at our current situation on the military front.