While nearly every fan of Marvel Cinematic Universe are looking ahead to the stand-alone film of Spider-Man next year in “Spider-Man: Homecoming” or talking about the still hypothetical “Iron Man 4,” a Marvel superhero will be featured in his third stand-alone film next year which would have a great bearing in subsequent Marvel films.

Accordingly, the third installment of the “Thor” franchise, officially titled “Thor: Ragnarok,” due to hit theaters on November 3 next year, will have a great impact on the MCU as it shall reportedly create a series of events that will affect future Marvel movies, reports the University Herald.

But Marvel Studios refuse to provide further details, leaving fans to speculate on what those series of events could be in “Thor 3.”

Thus far, what has been made officially available to the press and the public are the new costumes of the characters including Thor, Loki, and Odin, which was made through the release of behind-the-set photos of “Thor: Ragnarok.”

Critics have in fact described it as a wardrobe overhaul for the film.

Following the storyline of the comic

“Thor 3” shall reportedly follow the storyline in the “Ragnarok” comic, which gave fans the notion that supervillain Mad Titan Thanos will be featured in the movie.

There were previous rumors saying that the reason why both Thor and the Hulk were not around in “Captain America: Civil War” shown in May this year is because they will be the Marvel Avengers in “Thor: Ragnarok.”

In fact, there are reports going around saying that Hulk might also sport his armor in the film. One of the more interesting rumored subplots for the movie is Thor losing control over his Mjolnir, the hammer, and that is to be caused by Hulk.

So it seems that the tension between the two superheroes shown during the last two “Avengers” film shall be carried over in “Thor: Ragnarok.”

The photos of the costumes of “Thor 3” characters were initially posted on Instagram but were subsequently taken down. The images can now be seen on Twitter via the user @HeroMovie4life.

There have been rumors as of late saying that Doctor Stephen Strange might also appear in “Thor: Ragnarok,” reports Chatt Sports Net.

Accordingly, Thor will be in deep trouble in “Thor 3” which would force him to seek the help of Doctor Strange.

Australia-based writer Daley Pearson recently tweeted photos of Chris Hemsworth while filming a scene from the upcoming third installment of “Thor.” He was seen holding on to what seems like a business card with the address of 177A Bleecker Street.

MCU fans already have an idea on who lives at that specific address. A certain Sanctum Sanctorum is located at that address, and it is highly likely that Thor will find Stephen Strange loitering around.

Thor might need the help of Doctor Strange, also known as the Master of Mystic Arts, if the former is having trouble getting from one realm to another.

However, all these are mere speculations so all information with regards to the plotline of “Thor 3” should be taken with a fine grain of salt.

There have been reports early this year saying that Academy Award-winning actress Cate Blanchett has agreed to play the main villain Hela in the third “Thor” movie. Hela would be shaking things up for the mighty Thor in Asgard. 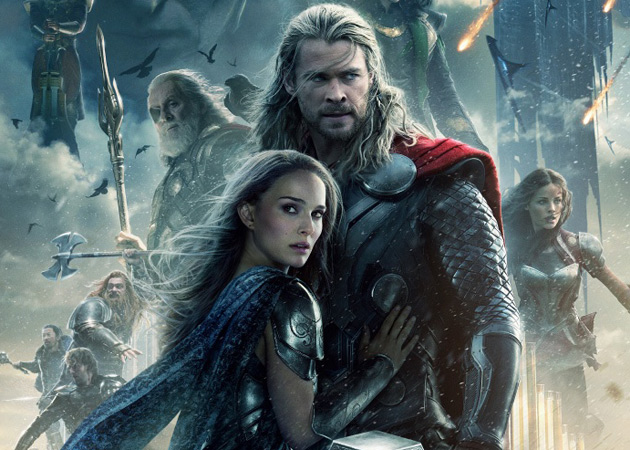 There were also reports coming out that a beloved character in the “Thor” film series will be killed off in “Thor: Ragnarok.”

Accordingly, the beloved character is none other than Heimdall, played by Idris Elba, in the first two “Thor” movies.

Apparently, Hela will cause the death of Heimdall as she will initially join forces with Loki, Thor’s brother. But when Thor confronts her, she will cause the destruction of the former’s mighty hammer Mjolnir and banishes the superhero from Asgard.