Kim Richards continues to be in the news after her arrest on April 16, and it’s apparent that she has some serious issues behind the scenes, something that she hasn’t been very open about previously. And now, it seems that if she continues to leave those problems unresolved, they could cause her a lot of actual difficulty in the future, not just in her career but her life as well.

Dr. Phil interviewed her shortly after her arrest, but it looks like the conversation between the two didn’t go quite well. Dr. Phil at one point made a negative remark towards Richards, accusing her of deflecting with regards to her situation and her addiction problems. He added that this is a common issue with addicts and alcoholics, and she has apparently been displaying this behavior significantly.

He then went on to say that his personal style of discussing issues with people doesn’t give them much wiggling room, which tends to be taken negatively by people like Kim Richards who’re constantly trying to deflect, which in turn caused a lot of friction between the two during their conversation.

One of the problems Kim Richards has been facing is the fact that she has been involving herself with many of “enablers”, people who didn’t really care about her addictions nor saw them as a problem, and were actually pushing her further into her negative habits, preventing her from actually addressing her problems in any real way.

On the other hand, Lisa Rinna and several others confronted Kim Richards, and they all wanted to make sure that she would stay away from her addictions and remain sober. Back then, Richards stated that she was actually sober and was actively recovering, but at this point many of her fans seem unconvinced, and are suspecting the star of lying about her situation.

Dr. Phil himself asked her if she had been lying to her fans about her sobriety, but he didn’t seem to get a satisfying answer. After that, the star stormed out of the interview, and it’s not clear what happened – but it is getting pretty apparent at this point that Kim Richards has some serious issues behind the scenes, and she should probably put some effort into resolving them soon, because it’s not unlikely that her life will spiral out of control if she continues to live in such a way. 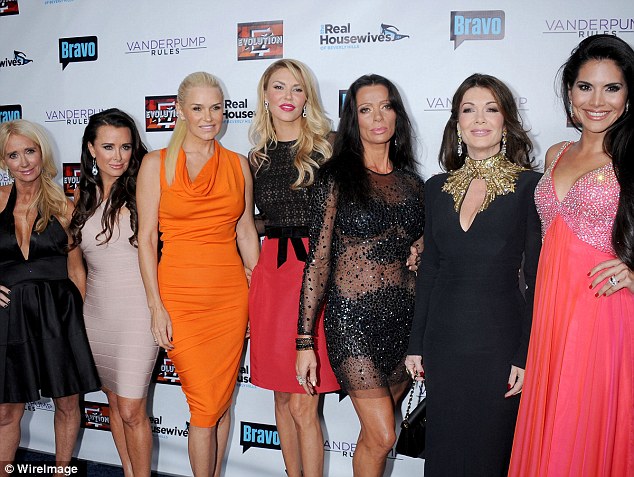 And as difficult as it may be for her right now, these kinds of public appearances and discussions about her situation could be exactly what she needs in order to sober up and realize that she has to get her life back on track.