“Mob Wives” has had its fair share of drama, especially over the last season, and it seems like some characters on the show are particularly prone to attracting trouble and controversy. Natalie Guercio has been in the headlines for various negative reasons lately, and she finally revealed in a blog post that she wanted to get a break from it all and to distance herself from the controversy. However, it’s recently come to light that this statement could have been loaded with a lot more than was immediately obvious.

Apparently, the star is going to depart from the show’s sixth season because of her addiction to meth. The news of her departure was already confirmed by Karen Gravano, who stated that Natalie Guercio was no longer with the show and won’t be making an appearance in the sixth season. According to her, that’s the real reason Guercio is sitting at home and relaxing, not because she voluntarily chose to do so but because she was forced to leave the production.

Not everyone on the show has been so negative towards their fellow star though – Renee Graziano was more sympathetic, and revealed that Natalie Guercio has actually been put in hospital following an overdose on meth. She also said that she’ll be supporting Guercio through her recovery and is right by her side, although that post is now missing from her feed.

There were also other posts from Renee Graziano which discussed Guercio’s struggle with her addition, and Graziano was quite critical towards news publications that had been attacking her fellow star, saying that once Guercio admits that she needs help and reaches out, she should be fine in the long run.

In addition, Graziano said that she hoped she would see an end to the tension between Natalie Guercio and Natalie DiDonato, and doesn’t want the same kind of drama in season 6 of the show. It’s worth noting that she may not have been referring to this particular drama when she said that she doesn’t want to see that on the show anymore, so she could have something in mind about how season 6 is going to be approached in general. 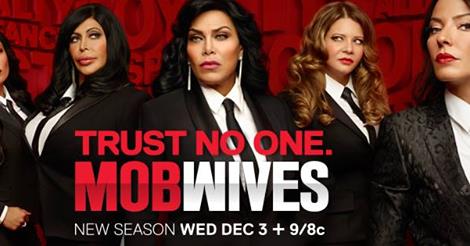 In the end, she said that the whole point of the show was not to see a bunch of women calling each other names and acting aggressive, and it should be about family and friends and the kinds of changes people have to make in their lives. Season 4 of the show saw the characters making some dramatic mistakes, and those will likely be taken care of in season 6, according to her. All in all, it’s shaping up to be an exciting round of new episodes.