The Legend of Korra Season 4 opens from where the last season left off. Zaheer had poisoned Korra, and she was left on a wheelchair. Korra’s Avatar self was badly damaged and she was nursed back to health by Katara, the wife of Avatar Aang, in the South Pole.

Korra is completely broken and fails to make any connection with her Avatar. She has a recurring vision of her encounter with Zaheer, and they leave her traumatized and helpless. She soon connects with a spirit that advises her to go to a swamp in search of someone. Here, Toph Beifong makes an appearance and converses with Avatar Korra.

Korra was under the care of Katara for two years, but she decides to take her leave and journey on her own and returns to Republic City. Upon reaching the place, she has a vision and sets off for the swamplands with a dog. Korra fights off her Nega double there and encounters Toph Beifong.

This is the first time that Toph Beifong has made an appearance in the series that hasn’t been a flashback. It might be a way to show that she plays an astounding role in making sure that Korra recovers. However, to what extent she is going to be a part of The Legend of Korra Season 4 is a question that only time can answer.

Fans all over have expressed their views that the writers have finally given them an episode that focuses solely on Korra. There were complaints initially about how the writers do not focus much on the lead, Korra, which ends up making other characters more popular. However, with the opening episodes of The Legend of Korra Season 4, the focus has entirely been on Korra. Her struggles, her difficulties and how she tries to overcome them. This has helped fans connect with her.

Episode three of The Legend of Korra Season 4, titled “Coronation” premieres on the 17th of October. It shows the coronation of Prince Wu, who becomes the next Earth King of Ba Sing Se. The trailer shows Prince Wu’s bodyguard Mako discussing what the King should do next.

The Legend of Korra is widely regarded as the best-animated adventure series. Although there has been much drama regarding its airing, with episodes being leaked online. Nickelodeon has made The Legend of Korra Season 4 available on nick.com. 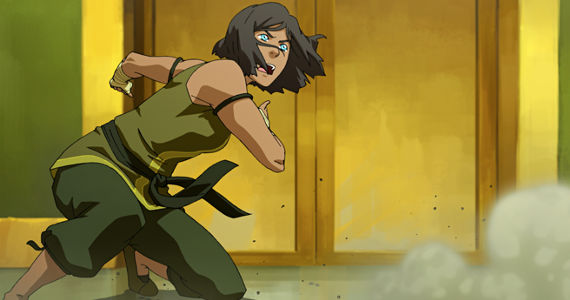 Those who are interested can stream it and watch it there. The decision to stream the series online occurred after the third season was leaked with Spanish subtitles. Nickelodeon tried premiering the series without any promotion thereafter.

The Legend of Korra Book 4: Balance consists of 13 episodes that originally premiered on 3rd October, 2013.

Do you think The Legend of Korra Season 4 is the greatest animated series of all times? Give us your valuable feedbacks by commenting below.