With the highly-anticipated role-playing game “Uncharted 4: A Thief’s End” is already confirmed for release exclusively on the PlayStation 4 on April 26, all eyes and ears are now on the sequel of the action-adventure survival horror game “The Last of Us” expected to come from game developer Naughty Dog.

As it is, Naughty Dog has yet to confirm anything about “The Last of Us 2” as its concentration is still basically on “Uncharted 4: A Thief’s End” which is the last adventure of game protagonist Nathan Drake.

However, speculations are now all over the internet regarding the possible plotlines and release date of “The Last of Us” and some reports are even saying that it could only be a matter of time before developers give waiting fans a glimpse of what to expect in the sequel, reports Jobs & Hire.

Because of the immense success of “The Last of Us” when it was released exclusively on the PlayStation 3 in June 2013, its sequel have ranked as one of the most eagerly anticipated video games in gaming history.

Reports have it that the development of “The Last of Us 2” has already started but Naughty Dog has yet to confirm or deny those reports. One thing is certain about “The Last of Us 2” if and when it gets to be released soon or in the near future, it would come out exclusively on the PlayStation 4.

Some pieces of evidence

While Naughty Dog has been very silent about “The Last of Us 2,” there have been some pieces of evidence out there that would seem to hint at the possibility that the game may be further along than what fans might expect, according to latest reports.

In “The Last of Us,” players traverse post-apocalyptic environments, moving through locations such as towns, buildings, and sewers to advance through the game’s story.

Players use firearms, improvised weapons, and stealth to defend against hostile humans and cannibalistic creatures infected by a mutated strain of the Cordyceps fungus.

For the most part of the game, players control Joel who was tasked with escorting the young Ellie across the United States. Ellie and her other companions are controlled by artificial intelligence. Players also control Ellie throughout the game’s winter segment.

While some gamers are expecting the possible return of Joel and Ellie in “The Last of Us 2”, some believe that it is also possible that Naughty Dog may re-cast the sequel altogether.

Some are hoping that Ellie would be back and most others do not like Joel to return to the sequel.

According to one gamer, when he got to play Ellie in “The Last of Us”, it was one of the best parts of the game. He said that he came to understand Ellie better and could feel that she has been through a lot in the game.

The gamer went on to say that an Ellie-centric “The Last of Us 2” would be a great idea. He also said that it would be a great emotional scene if Joel dies in Ellie’s arms trying to save her from the Infected.

He said that perhaps Naughty Dog would like to consider doing it while the protagonists are trying to kill a stage 5 Infected which got removed from the first game. Then after Joel’s death, Ellie will be all her own and shall continue fighting for her own survival. 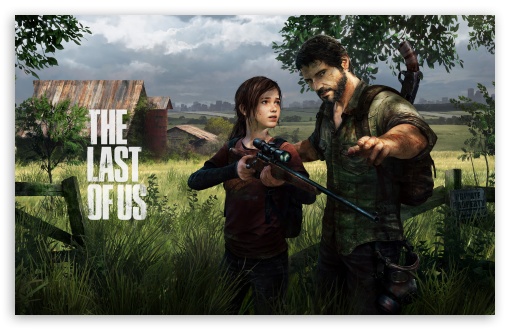 However, such plotline is just a fan wishful thinking and has yet to be confirmed or denied by Naughty Dog.

Heightened speculations and rumors about “The Last of Us 2” started swirling online when Sony reportedly filed a trademark for a new game called “Days Gone” on December 28, 2015. Many believed that despite the different title, the game has something to do with “The Last of Us 2,” details the Parent Herald.