The upcoming entry to the first-person shooter video game franchise “Battlefield” is practically confirmed after a German retailer revealed the possible game setting for “Battlefield 5.”

Retailer World of Games has posted on its website a German description of “Battlefield 5” as a multiplayer tactical shooter game set in World War 1 if translated into English, notes IGN.

The same video game retailer also disclosed that the game would come out on October 26 on the PlayStation 4, the Xbox One, and the PC.

Shortly thereafter, the retailer has updated its website to just describe “Battlefield 5” as a multiplayer tactical shooter, dropping the WW1 thereafter. But a Twitter user with the name of Thrillho has already captured a screen shot of the previous posting of World of Games. He subsequently posted it on his Twitter account and shared it with his followers on February 26.

While game developer Digital Illusions Computer Entertainment (DICE) has already been reported to be working on a new entry in the “Battlefield” video game franchise and gamers were almost sure that the game would have a military setting, having a World War 1 game setting is the big news.

Last year, the franchise deviated from the military setting when it introduced “Battlefield: Hardline” which focused more on police and law enforcement running after criminals.

Both DICE and publisher Electronic Arts have yet to make a statement to either confirm or deny the leaked information that “Battlefield 5” would have a World War 1 setting.

World War 1, also known in history as The Great War, would certainly be a change of pace for the franchise but it would be interesting how the developer would make the century-old pistols and bolt-action rifles, as well as the immobile and horrific grind of trench warfare, look like once it is translated into a video game, wonders the PC Gamer.

The next after ‘Battlefield: Hardline’

With that being said, the next iteration to the franchise, speculated to be “Battlefield 5,” will come out soon after.

“Battlefield 5” was actually announced as early as July last year by Blake Jorgensen, Chief Financial Officer of game publisher EA, when he said that the next “Battlefield” title will come out in 2016.

The notion was somehow confirmed by Dan Vaderlind, development director of game developer DICE, when he said that he will be able to focus on the next “Battlefield” title after the release of “Star Wars: Battlefront” late last year.

If and when it comes out this year, “Battlefield 5” will be the 14th major title in the franchise, directly following “Battlefield: Hardline” released last year, and “Battlefield 4” released in 2013.

Fans of the “Battlefield” series got excited late last month when game developer DICE teased that something very big is coming in the first week of February.

It was actually Randy Evans, senior video and media director/editor of DICE, who alluded on Twitter that a big trailer is dropping early in February although he did not say anything on what game is it going to be.

Gamers thought that it would be a trailer of “Battlefield 5” but as it turned out it was “Mirror’s Edge Catalyst,” one of the upcoming games in the DICE game stable. 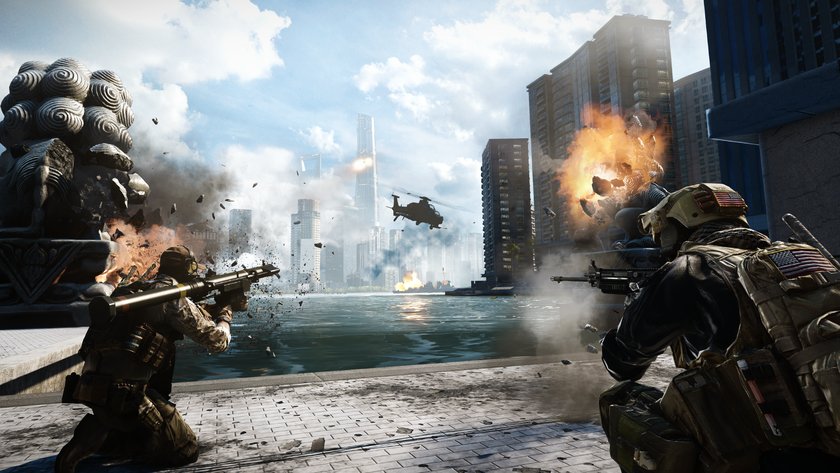 While “Mirror’s Edge Catalyst” is a great-looking game, and many have been waiting for it since the first game hit the video game retail store shelves back in 2008, it does not hold the same amount of fan fervor as a “Battlefield 5” might.

With the release of the trailer of “Mirror’s Edge Catalyst,” the excitement and enthusiasm of fans and gamers for the release of “Battlefield 5” have further heightened.