After the 14th episode of Season 3 of the American crime drama TV series “The Blacklist” was aired on NBC on February 11, it is starting to become clear that the truth about the connection between Liz Keene, played by Megan Boone, and Raymond ‘Red’ Reddington, played by James Spader will be revealed during the season finale.

During the past episode of “The Blacklist,” Red was seen receiving the documents towards the end which seem to have something to do with his real relationship with Liz, notes TV Fanatic.

Critics believe that “The Blacklist” has held onto such secret for a long time and it would give viewers the ultimate satisfaction if such plotline is revealed during the Season 3 finale. They even alluded that it would be shocking if the mystery is carried over by the showrunner and producers in Season 4.

In the episode, Red was shown providing more information on Liz’s mother. His story implied that Liz’s mother walked into the ocean and killed herself.

It would really be a pity for Liz if she feels like she was responsible for the death of both of her parents, especially when she has been struggling with giving up the baby, that she is now carrying inside her womb, for adoption.

Red does not want her to give up the baby for adoption but it could be a reason anchored in the past which seems to be connected with the documents that he also needed to find but received it nonetheless.

Case of the missing children

Liz obviously had to contemplate her decision since she took on a case during the episode where it involves missing children.

The episode, titled “Lady Ambrosia,” begins with Red offering Liz a trust account for her child, which she refused. Red then proceeded to tell her about a case that resembles a fairy tale, where children are taken to a house in the woods and promised eternal youth by a woman known as Lady Ambrosia, details the International Business Times.

Apparently, Lady Ambrosia was killing all the children and Red got privy to the case when a boy named Ethan, played by Hays Wellford, turned up all of a sudden, when he was previously reported to be dead already.

Liz then briefs the team about a similar case of children, who were believed to be dead but have later reappeared. She then tried to do a psych evaluation on Ethan, who happens to be autistic and does not speak.

Subsequently, Ethan’s parents arrive at the hospital and are shocked after thinking their son was already dead. It was also learned later by Aram, played by Amir Arison, that the parents were putting Ethan up for adoption before he disappeared.

Too dangerous for a child

Liz eventually takes Ethan home where she was met by Red who asked her again to take the money he has been offering for her child.

She explained to Red that she will be putting her baby for adoption because her life is too dangerous and complicated.

However, Red told him that her life will mean nothing without her child. As she was explaining her position to Red, it dawned upon her that Lady Ambrosia uses Noah to seek out parents looking to put their kids for adoption. It so happened that each child that Noah takes for adoption has a disability. 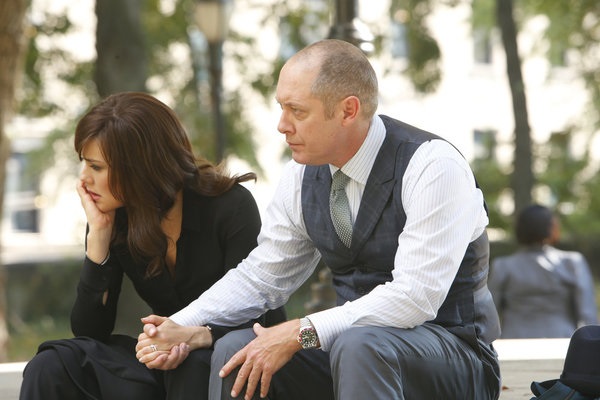 Noah eventually found out that Liz has Ethan and he shows up at her place with a gun looking for the boy. Liz tries to wrestle the gun away from Noah as Ethan runs away. One of Red’s men, who watches over Liz’s place, runs in and takes down Noah. Liz then finds Ethan safe under the bed in another room.

Fans and viewers of “The Blacklist” have been all praises for the TV series for its no let-up on excitement after its very suspenseful two-episode midseason premiere.