Teen Wolf Season 5 was declared in July this year. Although the Premiere Episode’s date is still under wraps, speculations have started about the new season.

The most anticipated plot line this season is the one based on the real identity of Deputy Parrish. Actor Ryan Kelley, who plays the role of the supernatural character in Teen Wolf, addressed the speculations that have been doing the rounds on the Internet lately. There is much discussion on Parrish’s identity and personal relationships in the show. Kelley is well aware of the speculations about his real identity, but he has no idea himself what is in store for his character, Jordan Parrish.

He would love to be a dragon as fans believe he will be, although, he is completely in the dark. Teen Wolf Season 5 creator Jeff Davis hasn’t revealed anything at the moment. He learns about the character while the plot progresses during the shoot.

Deputy Parrish is an ex-army-man who had served in the Middle East before moving to Beacon Hills. There are speculations that he might end up being Isaac Lahey’s dead older brother Camden. When quizzed about the romantic life of the Deputy and a possible Lydia-Parrish pairing, Kelley insisted that he has no idea and only waits for Davis to let him know.

Teen Wolf Season 5 will focus on the character of Liam Dunbar. Liam will start as the Beta wolf in the pack, with Scott as the leader. He has to tackle with his fear of the Berserkers and his Intermittent Explosive Disorder (I.E.D). Even though Dylan Sprayberry’s character of Liam Dunbar was introduced in the last episode of Teen Wolf 4, he has gathered a huge popularity.

He is set to become a powerful and confident character and Teen Wolf Season 5 will trace his growth as a possible pack leader in the future.

Fans will have to wait for the official trailer of Teen Wolf Season 5 till it is released in 2015. On other news from the series, fans of Tyler Posey can be happy that the actor is back to being single. The actor who portrays Scott McCall in the series recently broke up with his fiancé Seana Gorlick. 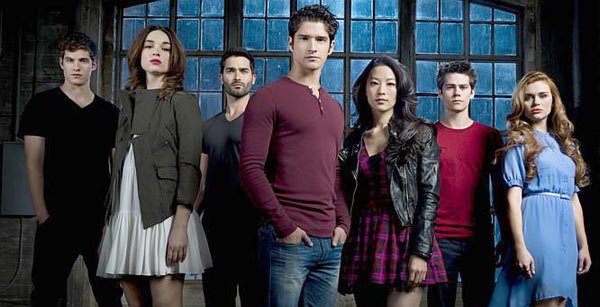 The news was a complete shocker but has also pleased several of his fans. There is news to suggest that the couple has seriously called off their relationship and not just postpone their wedding dates or called it off. Tyler was not available for any comments as he said he was not in a state of mind to face the media and would like to spend time with friends.

What do you like about Teen Wolf? Let us know via the Comments Section below.