Super Smash Bros 4 was released back in November of last year for the Nintendo Wii U console and it was getting very good reviews for the most part. There was one complaint about the game not having very balanced characters to choose from. That is about to change now that Nintendo released information about an update for the game. The update is going to be version 1.1.0 and it will be highlighting changes for characters so that the gameplay is more balanced.

This is according to news reports posted online this week. The game, which is also released for the Nintendo 3DS, features more than 50 characters to play with and that includes four that you can download. The characters come from all of Nintendo’s franchises and even include a few from third party publications. One of those third party characters that is quite popular is Sonic the Hedgehog. Coming along with Sonic, there are sixteen new characters for this version of the game.

Those additions include Bowser Jr., Little Mac from Punch-Out!!, Dark Pit, Lucina and Robin, Pac-Man and Ryu from Street Fighter. At first you would think that having more than fifty to choose from would be more than enough, but that is not the case since the selection can be considered lopsided. That is where the update comes into play. According to reports, the update is going to come with changes for a few of the characters so that the damage caused by them is more balanced across the field. 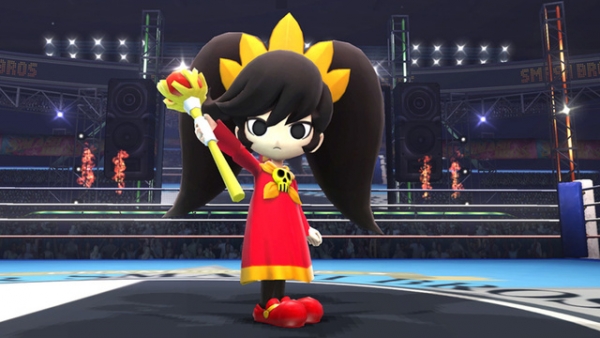 Changes to how much damage is caused by Captain Falcon’s Back Air Attack was reduced to thirteen percent and Jap Rapid Finisher was modified in such a way to bring the horizontal displacement from 14u to 10u. The fun loving character named Kirby was also hit with the update bringing his Forward Throw from seven percent down to five percent. The changes might not seem like much on paper, but when you are playing the chances are good that you will notice. These are not the only changes, some characters saw changes to their overall skill set and other abilities.