The James Bond movies have easily been some of the most popular movies of all time. Since the very first one, called “Dr. No”, was released back in 1962 the movies have been bringing fans back for more with each one after that. The latest movie in the series is called, “Spectre” and it will be the fourth with James Bond being played by Daniel Craig. His first time as James Bond was back in 2006 in Casino Royale and that was a great success for the franchise.

The latest movie is expected in theaters on the sixth of November this year and since that is just a few months away, there is more information about the film appearing online with each interview that is done by Daniel Craig as he promoted the film and the worldwide release. In a recent interview, Craig says that “Spectre” was a great physical challenge and one that he did not expect.

He claims that he gives it “his all” in the film and that included getting a knee injury that was severe enough to undergo surgery. That was back in April of this year and it just goes to show you how much the actor put into getting the character just right in the latest film. The producer knew what Craig was going through and was happy to see that he pulled through it even though it was a physically demanding role. Other than the stunts that were pulled off, the directors and producers had to find locations.

In another interview, it was noted that finding all of the locations for the film was not an easy task, but that is what makes a movie great in many cases. The crew ended up traveling to Austria, Mexico City, Tangier and London to film some of the action packed scenes that we are all going to get a look at when the movie hits theaters. For the most part, James Bond films have always been action packed, but with the demands that critics and fans put on movies these days, it can get a bit overwhelming. 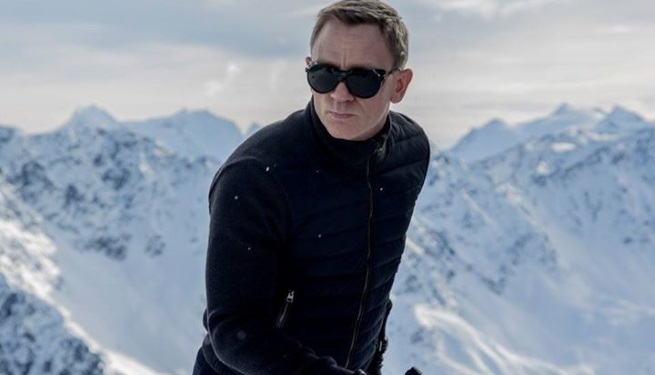 According to those that are familiar with the finished product, Spectre has it all. That includes action, wit and humor, but for those that have seen many of the movies and are major fans, that is a typical James Bond product. The first movie poster of the movie was posted on Twitter a couple of days ago and it shows Craig and his co-star Lea Seydoux, who plays the new Bond Girl, Madeleine Swann, in the film. The poster was re-tweeted many times since it was posted and that shows what fans were waiting to see.