If you are fan of NCIS: Los Angeles, then you are one of the millions that is freaking out after the finale of the sixth season finale. In case you do not remember, at the end of the sixth season there was a pretty big question left unanswered and that was whether or not Callen’s father had died. Hetty might be a major liar and if so, what is she lying for? Is Callen about to find out what really happened with his father after all of these years?

With so many questions that fans have, you can imagine how important the start of NCIS: Los Angeles Season 7 is going to be. In just a few short week, a new season will start and some or all of the questions could be answered. In the meantime, fans are scrolling through the internet with hopes of finding anything they can about the show before the new season shows up on the 21st of September.

Hetty is the one that claimed that Callen’s father is dead and because nobody really saw what happened, there has to be a reason why she is telling him this. She could have lied and the final scene of the season suggested that, but you never know what happens in a story after the curtain falls on the season. There will be many things to figure out with the new season and it is likely to begin with Callen’s father.

In most cases, the previous season is recapped at the start of the new season and that is going to be where fans get back on track if that is possible. According to one CBS executive, the show is getting much closer to giving Callen closure on his search for his family. There might even be an instance or two when Callen goes “rogue” according to another online source. In the newest trailer for NCIS: Los Angeles Season 7, Callen is being held at gunpoint by Hetty and Sam and they both shoot. What happens next is not shown of course, but it will create enough buzz to keep fans interested for the next few weeks. 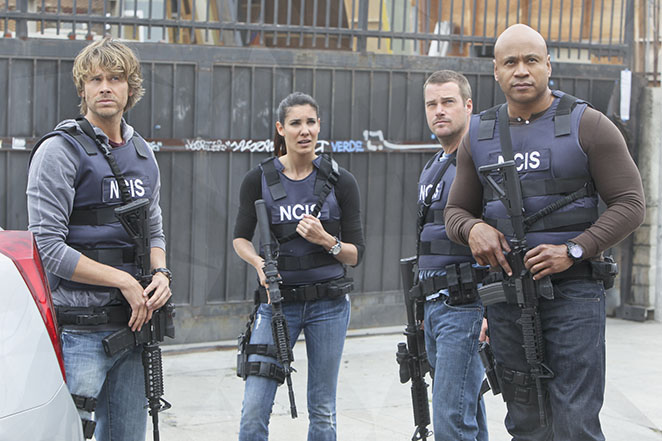 NCIS: Los Angeles started back in September of 2009 and is actually a spin-off of the original NCIS series that was quite popular for the years it was on. In NCIS: Los Angeles fans get to follow the exploits of the Los Angeles Office of Special Projects, which specializes in undercover assignments. The first season was not a full order at first, but just one month into it, CBS extended it to twenty-two episodes and it has been full seasons since then. Back in May of this year, the seventh season was ordered by CBS and that is going to premiere on the 21st of this month.