The next flagship smartphone from Samsung, the Galaxy S8, shall feature a groundbreaking technology that no other smartphone has ever used.

Based on latest reports, the Samsung Galaxy S8 shall be powered by a Qualcomm Snapdragon 830 processor, which shall become the flagship model for the semiconductor company using the state-of-the-art 10nm or 10-nanometer technology.

In semiconductor fabrication, 10nm node is defined as the technology following the 14nm node. It denotes chips made using the process technologies between 10 and 20 nanometers, which in layman’s term means that the chipset is smaller than ever.

It is common knowledge in the electronics industry that 10nm devices are still under commercial development but is expected to happen by 2017.

By moving to the 10nm chip technology, Qualcomm will be able to make faster and more energy-efficient processors, notes BGR.

And since Samsung is going to actually manufacture the new Qualcomm chipset, it is likely that next year’s Exynos processor will also be using 10nm technology. Samsung has been known to use both Qualcomm and Exynos chipsets on its flagship devices.

That being said, Samsung shall be the first to develop a chipset using 10nm technology and it would be called as the Snapdragon 830. The highest chipset in the Qualcomm roster at the moment is the Snapdragon 821.

Assuming that the rumors are true, then it is possible that Samsung could produce the Qualcomm Snapdragon 830 processor early next year so that the Korean tech giant could then incorporate it on its Galaxy S8 before it comes out in March or April next year.

Speaking of a chipset, a mysterious new Exynos processor has appeared on the Indian import/export web tracker Zauba.

Exynos is the name of Samsung’s system-on-a-chip range powering many of the company’s flagship devices.

However, the Zauba website announced that it is going to be Exynos 8895, which is something new since the highest in the Exynos ladderboard at the moment is the Exynos 8890, using a 14nm manufacturing process, details Trusted Reviews.

Thus, it is possible that Samsung may be raising up the ante on the chipset for the Samsung Galaxy S8 with a possible Exynos 8895, the way it intends to do with the Qualcomm Snapdragon 830 chipset.

There are also reports going around saying that the upcoming phablet of the Korean tech giant, the Galaxy Note 7, shall feature an Exynos 8893 chipset.

All these information however should be taken with a fine grain of salt pending the confirmation or denial from Samsung. And if the company refuses to say anything in the next few days or months, it is best to wait it out for the launching of the Galaxy Note 7 next month and the Galaxy S8 in March or April next year.

One of five flagship devices

Samsung Galaxy S8 is going to be the flagship smartphone of the Korean tech giant in the high-end handset market next year to succeed the Galaxy S7, currently enjoying its run.

Surprisingly, it will just be one of the five flagship devices that Samsung would be unveiling in 2017. The surprising part is that the Korean tech company normally launches only four flagship handsets every year and these are the S flagship, the S Edge, the S Edge+, and the Galaxy Note. 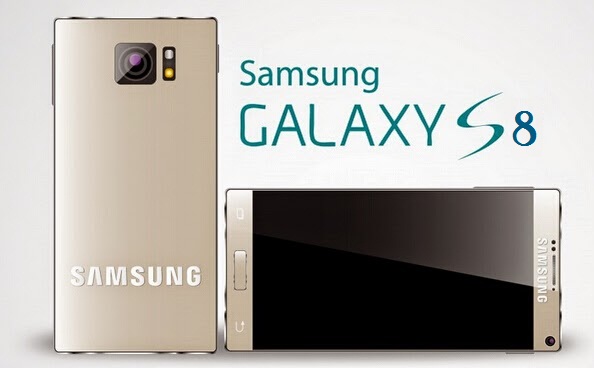 However, reports now have it that Samsung shall also be launching a foldable Galaxy X next year, which shall join its flagship smartphones next year.

However, all eyes seem to be directed towards the Galaxy S8 as it is now being hyped as one of the biggest smartphone launches next year.