Irish actress Ruth Kearney has all the right reasons to be very concerned about the growing closeness of her boyfriend Theo James to co-star Shailene Woodley as the two are filming the two-part third movie of the “Divergent” trilogy.

Counting the filming for the first movie in the series titled “Divergent” which came out in March 2014, Theo and Shailene have been working together since 2013 and it is likely that it will go on until 2016. And that is more than three years of togetherness.

The two also have this obvious on-camera chemistry which can easily be transposed to real-life so as someone who cares and loves her boyfriend so much, Ruth Kearney is just right to express her alarm just to keep both Theo and Shailene in check.

Theo James and Shailene Woodley sparked dating rumors ever since the first film in the franchise came out. Ruth Kearney became so unhappy with their onscreen romance because the relationship could lead to something more, notes Yibada.

In fairness to Theo James however, he came out recently to debunk rumors that something special is going on between him and Shailene Woodley by saying that he is committed to his girlfriend Ruth Kearney. He has also tried very hard to keep his relationship with Kearney off the limelight for all those years while filming the “Divergent” movies and he is not planning on changing that anytime soon, details KpopStarz.

Short of saying that Theo has already assured Ruth of his faithfulness to her, the British actor said in a recent interview that he just likes Shailene Woodley because she is a confident woman and knows how to handle herself well. The actor said that he grew up with four strong women surrounding him in his mother, grandmother, and two sisters so he likes the fact that he can see the characters of the women very close to him in Shailene.

He only has high regard for Shailene and her level of professionalism while they were doing the first two movies in the series “Divergent” and “Insurgent.” They are now back filming the two-part third movie titled “Divergent: Allegiant.”

Theo also knows that Shailene is seeing Nahko Bear in real-life so whatever the rumors about the supposed romantic relationship between him and the 23-year-old actress are merely speculations and most likely came as an offshoot of their visible working chemistry in the series, playing the characters that they have been working

The rumors were further propagated when Theo was quoted in one interview that he has a thing for nice legs, referring to Shailene’s and not his girlfriend Ruth.

Filming for the “Divergent: Allegiant” is now under way and Theo James and Shailene Woodley, along with the other cast members of the movie are back in the set to buckle down to work.

It is likely that the production team will film both the first and second part of the third movie in one sitting and will just divide it in a portion somewhere to make it two movies just like what was done with “The Hunger Games: Mockingjay” which was divided into parts 1 and 2 even though the filming was completed before the first part was released to theaters in November last year.

Theo James also minimized his public appearances to concentrate on his relationship with his girlfriend Ruth Kearney. Seeing how his “Divergent” co-star Shailene Woodley is also focusing on her boyfriend Nahko Bear, the pair seems happy not to be together.

He recently attended a small festival for his film “Franny,” which co-stars Dakota Fanning and Richard Gere. By attending smaller festivals, Theo keeps the buzz around him low. 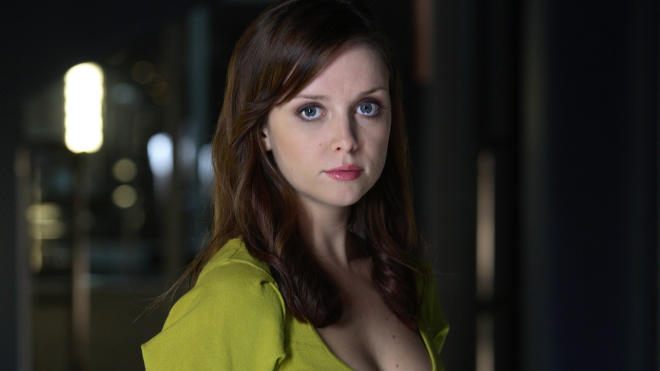 Theo and Ruth Kearney may actually have a lot to learn from Shailene Woodley and her relationship with her boyfriend Nahko Bear. Seeing how she can handle her relationship in the public sphere.

Meanwhile, Theo’s hunk value has significantly grown by leaps and bounds after Shailene Woodley said in a recent interview that her leading man is a good kisser.