If you are not aware, Reign is a fantasy romance based television show that is following the early years of Mary, Queen of Scots and takes place in France. The show premiered on the CW channel back in 2013 and was renewed for the third season last year. That third season started in October of last year and at the time was currently only available in the United States.

Recently, Reign was picked up by Netflix for those that live in the United Kingdom and Mexico. One of the interesting things about the television show is that even though it is staged in old time France, there are no French or Scottish actors. For some viewers, that is enough to bother them into turning the show off, but for others, they can get passed that as long as the acting is good. According to the ratings for the first two seasons, the acting must be good enough for at least 1.72 million viewers.

The first two seasons were ordered with twenty-two episodes each, while the third was only renewed for eighteen. The viewership has dropped for the premiere of the third season, but critics feel there is still enough there to keep the show going. Soon it should be announced whether or not there will be a fourth season. In the meantime, the show creators have announced an addition to the cast of the show. If you are a fan of the CW television network, then you will recognize the actor right away.

The announcement came through recently and stated that John Barrowman was going to appear on Reign Season 3 as the Scottish clan leader. As the show prepares for the second half of season three, fans will get to see Barrownman in all of his glory. Barrowman is familiar because he is also in Arrow, which is also on the CW network. In Arrow, there was a grudge that he held and it looks like he will be playing a role that has a similar edge to it. The Scottish clan leader has a grudge against the queen and that is going to come to a head for the second half of Reign Season 3. 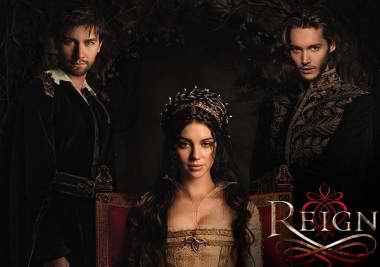 The addition to the cast should not be a surprise since it was mentioned in past episodes that the Scottish leader has a grudge against the queen. It was just a matter of when fans were going to see the leader and who was going to play the role. Barrowman is no stranger to being the bag guy and should fit right into that role on the show. There is plenty of tension between Queen Mary and the Scottish nobles and Barrowman will be there to help figure it all out.